Los Angeles based singer/songwriter JoiStaRR released the debut mixtape “Broccoli & Noodles” on May 18. The mixtape is hosted by Don Cannon and produced by Warryn Campbell, Mars and Karriem Riggins. 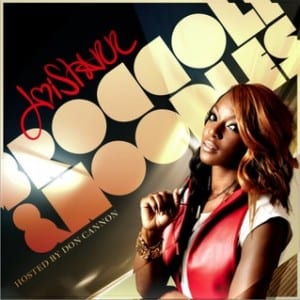 “Broccoli & Noodles” is now available as a free download.

Even though this is JoiStaRR’s debut mixtape, it entirely focuses on her singing skill, which makes each track very rich and unique. It is very exciting to listen to this kind of work, which is not fully supported by the production.

The track “Sunny” is a sophisticated dramatic tune because of JoiStaRR’s soulful clear voice. Without the skillful vocals, the song could’ve sounded totally different. Mellow tune “I’m Trying” is a very fragile but melodious R&B track and makes the listeners feel relaxed.

As one of the highlights in the mixtape, the lead single “Yellow” is originally a song by Coldplay but it doesn’t sound like the original tune on this mixtape.  JoiStaRR successfully nailed the song as it is obvious that “Yellow” was reborn as a powerful up-tempo dance tune but it didn’t lose the core melody lines. More importantly, it is not awkward to listen to her sing the tune—she effectively re-created the song as her own. 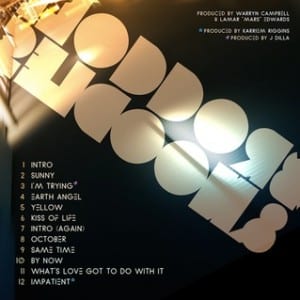 “October” is very creative with the dance music based beats, the emotional lyrics and her stable thick vocals. The track dynamically carries out total confidence with the melody sung by JoiStaRR.

Ballad-like R&B tune “By Now” delivers JoiStaRR’s stunning vocals to the listeners. Her vocals are not only dynamic but also mature. Her gorgeous voice sounds so huge and is very impressive.

The mixtape ends with “Impatient,” which is soft and smoothly fades out.

JoiStaRR is going to perform with Anthony David at The Key Club Los Angeles on June 2.