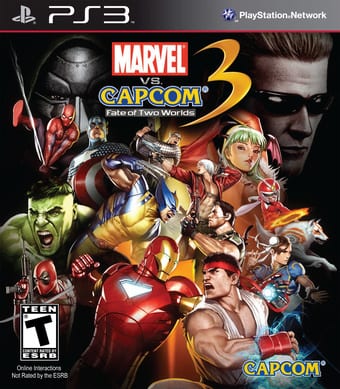 Capcom officially announced this morning that the highly anticipated fighter Marvel VS Capcom 3: Fate of Two Worlds will hit store shelves on February 15 of next year for the PS3 and Xbox 360. So yeah, prepare to try to convince your sweetheart to spend the later portion of Valentine’s Day at a midnight release event.

Capcom also released the game’s official box art, which is that pretty little image right there, as well as a special collector’s edition featuring a prequel comic, one month subscription to Marvel’s digital comics service and instant access to characters Jill Valentine and Shuma Gorath, both of who will be available as paid DLC to those who buy the normal game.