Before February 2009, Mike Posner was a junior at Duke University recording demos and beats in his dorm room. Today however, he’s holding No. 1 spot on the iTunes charts with his album 31 Minutes To Takeoff.

The album was released on August 10, and was much anticipated after Posner self-released two consecutive mixtapes titled A Matter Of Time and One Foot Out The Door respectively. 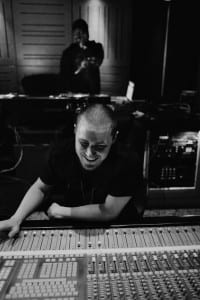 Posner’s first mixtape was released in February 2009, and although it was successful (charting No. 1 spot) on the iTunesU charts and gaining record labels’ attention, it left us puzzled over this new pop/hip hop/indie artist, was he going to be the next big thing, or was he going to flop with his first real album? The mixtape was entirely self-produced, coming out with an excellent mixture of pop instrumentals, hip hop beats and club friendly synthesizers.

Posner sounded like Adam Levine to an extent, and in some tracks he might have pushed his tenor voice a bit too much that he sounded whiny, but overall, the guy had talent! That summer Posner signed with J records, and in October released his second mixtape, One Foot Out The Door. Unlike his first mixtape, Posner has set the bar high with this one. Featuring guest appearances by some well-established artists such as Kid Cudi and Bun B, this mixtape was hot. It came out with even greater production and sampling, clearer club friendly synthesizers, and Posner was able to control his tenor pitch to the correct level. The mixtape charted to No. 1 again on iTunesU, and Posner had established himself as a sort of Maroon 5 meets The Script mixed with some hip hop kind of artist.

Both of Mike Posner’s mixtapes sounded spacey and disco-friendly, and with 31 Minutes To Takeoff, Posner proves that he can meet the bar he has already set for himself and that he progresses and matures musically.

With this album, Posner’s sound has evolved to include a bit more of hip hop elements, such in "D©j  vu", while keeping his club-friendly style, with songs like "Cooler Than Me" and "Cheated". In addition, the album came to involve more elements of pop instrumentations, with great songs like the electric guitar driven "Bow Chicka Wow Wow" and "Do U Wanna". Another thing that is note worthy of this album is that it sounds very personal to Posner, discussing themes such as bitter sweetness, betrayal and, yes, love. While listening to the album, I barely felt that Posner was trying too much, but simply singing harmonically soft lyrics that carried a lot of meaning while at the same time being extremely fun. The album also goes from the opening energetic singles "Please Don’t Go" and "Cooler Than Me" to a more mellow, soft and dreamy songs such as the "Save Your Goodbye" and "Falling." However, the album doesn’t go without floppy tracks or faults. The track "Delta 1406" sounded too vague and incomprehensible compared to the rest of the tracks, and at a few points throughout the album, it felt like the sound was just a bit lucid for its own good.

Overall, if you want to rock the dance floor at a party or just sit down and reminisce, this album is for you. Mike Posner is a great new artist that isn’t afraid from trying to progress musically and push himself a bit further.

Best tracks: "Synthesizer" and "Cooler Than Me"