The highly addictive tower defense game with the zaniest of characters released May of 2009, and in the year that followed, love for the undead versus flora title has exploded.

It’s available on a number of platforms including everything from Apple’s recently released iPad to Micrsoft’s Xbox Live Arcade and might even show up on a disc in the near future.

If you didn’t guess already, the game is PopCap’s Plants vs. Zombies and if you think you’re good at the game and want to win cash prizes, you’ll want to read on. 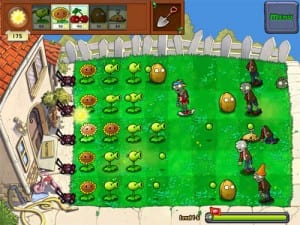 I had the chance to chat with Brian Mahoney, Director of Product Management at GSN Digital Labs, and talk about WorldWinner‘s variation of the game, how it’s different than PopCap’s and exactly what gamers are getting into with it.

Blast: How is Plants vs. Zombies for WorldWinner different than what gamers are used to?

Mahoney: We offer a skill-based version of Plants vs. Zombies for play in cash competition. It’s a simplified version of Plants vs. Zombies. Right now we have one difficulty level and six zombies to choose from. We’ve taken the game and modified it into a short skill-based challenge that’s about five minutes long where you play through six waves of zombies.

It gives you the ability to get out there and compete with friends.

Blast: Have you seen some incredibly high scores? Things you weren’t expecting?

Mahoney: Yes, certainly. We’re always surprised by how good our players can be at games. We’ve designed them for very high level competitive play and tried to make the controls as tight as possible to allow players to show a great deal of skill in the game. We’ve seen players completely blow away our expectations. 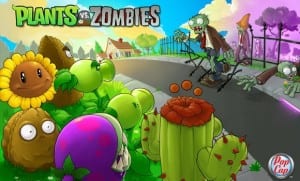 Blast: Plants vs. Zombies recently turned a year old. Did you want it on your system to begin with, or what?

Mahoney: We’ve been working on the game for four or five months. It was something we were very excited about when it came out, we have many other PopCap titles on our site already, they’re one of our best partners. We were very happy to get the game out within the first year for skilled based play.

Blast: What does adding Plants vs. Zombies to WorldWinner add to the site in general?

Mahoney: It’s a very unique style of game for us. It’s not a game of speed. You can play as fast as you’d like but it comes down to planning and strategy. We’ve seen a lot of new players come in to play the game and existing users trying out the game because it is a very different style. 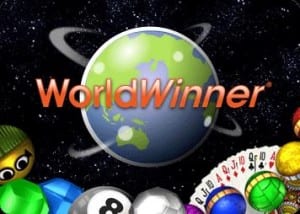 Unfamiliar with WorldWinner and its cash-prize take on popular games? Check out the website today and cherry-bomb your way to success.