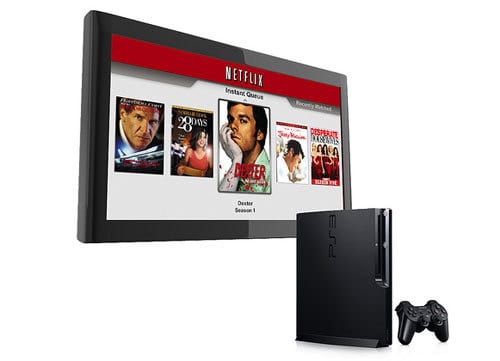 Beginning next month, at no additional cost, PS3-owning Netflix subscribers can bask in the glory of the same streaming access Xbox 360 owners have been enjoying for quite some time now.

“As instantly watching movies and TV episodes streamed from Netflix becomes an increasingly popular way to enjoy the Netflix service, our goal is to rapidly expand the devices that stream to our members,” said Netflix CEO and co-founder Reed Hastings. “As a leading game console and Blu-ray disc player, bringing Netflix to the PS3 system is a real win for both Netflix members and PS3 system owners.”

Initially, PS3 owners wanting to watch Netflix on their systems will have to send away for a Blu-Ray disc, and according to Netflix the disc “leverages Blu-ray’s BD-Live technology to access the Internet and activate the Netflix user interface on the PS3 system, which must be online via Wi-Fi or Ethernet.”

But in the future we’d hope Sony would release some sort of firmware update removing the need for the disc, but until then, we’ll take it! Get your hands on one of the discs today at the PS3 Netflix page.

And no direct word was mentioned concerning the functionality of the service on PS3, only that it’ll allow users to navigate through their “Watch Instantly” queue, a la the Xbox 360 version.

I wonder how Microsoft is taking this loss of exclusivity. Alone in a room crying? What do you think?