The first contains an Xbox 360 Elite console as well as LEGO: Batman and PURE, and will sell in the United States and Canada for $299. 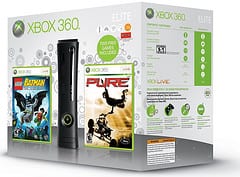 The other, the “Xbox 360 Wireless Controller Game Pack” is more than just a mouthful. It has a black wireless controller packed in, alongside four great arcade games; Geometry Wars: Retro Evolved 2, Lumines LIVE!, Bomberman LIVE!, and Ms. Pac-Man. 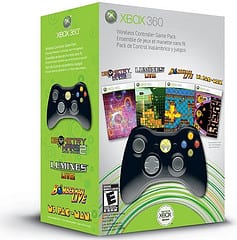 Pile these new offerings on top of the already announced Modern Warfare 2 and Halo 3:ODST limited edition consoles, and you have many options this Holiday season for the gamer on your list.

Both bundles are shipping to retailers as we speak and should show up at your local GameStops and Best Buys very soon.