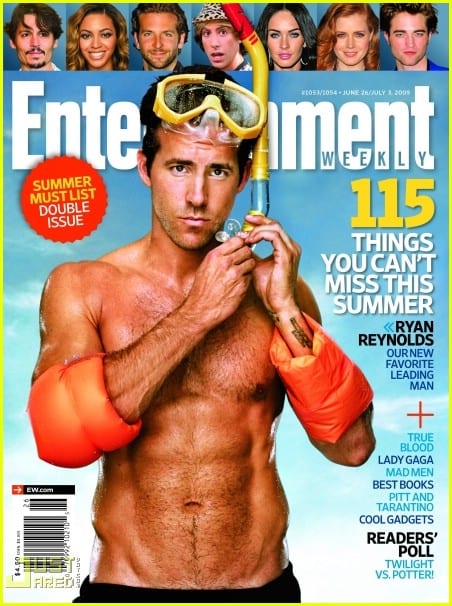 Super-stud Ryan Reynolds is gracing the cover of Entertainment Weekly tomorrow, coinciding with the opening of “The Proposal,” a romantic comedy where he stars alongside Sandra Bullock.

The rock-hard Reynolds bares his summer bod for the mag, leaping through its pages shirtless, shooting water guns, showing off his amazing physique and still managing to make our hearts stop beating with that innocent, school-boy smile.

EW has provided a glimpse of the interview they had with Reynolds, whom they claim is as humble as he is hunky. ‚ However, Reynolds is very careful not to rely on his image as a sex symbol.

“If you take any of that seriously,” he said,” you need to be euthanized, ASAP.”

Instead, Reynolds relies on keeping himself busy with work and his new marriage to Hollywood vixen Scarlett Johansson. But if you think you’re going to get any details on Ryan and Scarlett’s private life in the article, think again. Reynolds is reticent on his personal life, neglecting to say anything about his married life except that it is “fantastic.”

See a sneak preview of the EW’s video interview with Reynolds here. 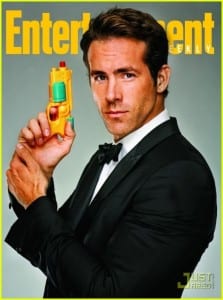 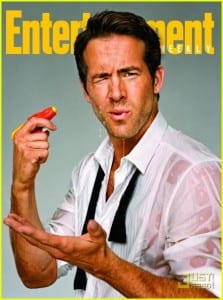 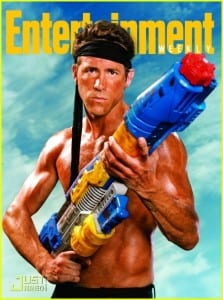 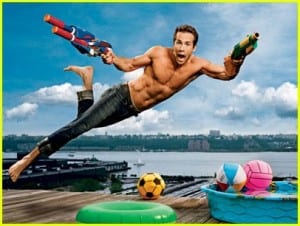