I was lucky enough to gain entry to the early access beta for Atlus Online’s ambitious massively-multiplayer online experience Neo Steam: The Shattered Continent and spent the past week inside the steampunk fantasy world, killing mobs, forming alliances, questing like mad, and altogether enjoying the wondrous world Atlus spent such great effort in and showed such steadfast determination into creating.

The free-to-play MMO space is becoming increasingly crowded. With the likes of Free Realms, Club Penguin (sort of), and various others, how does Atlus plan on separating their game from the wash of others out there and from those available in the competitive market?

From the brief seven hours I spent in Neo Steam, and by brief I mean in MMORPG terms, I could easily already tell that Atlus had done a wonderful job crafting an MMO that people will want to play. I went into the experience unaware of the lack of price tag for the title, thinking “man, if it weren’t for monthly fees, I might actually play this game!” And then, upon learning of the pro bono gift from Atlus that is Neo Steam, my fondness for the title grew that much more.

I feel it would be recklessly irresponsible to ignore the World of Warcraft factor in this preview consideration. WoW has been and continues to encapsulate the meaning of the genre MMO, and will forever change the way in which I view the MMO space.

With that caveat out of the way I am confident in stating that Atlus Online is on a damn straight path towards creating an alluring, deep, and rich universe in which to spend what will be hours upon hours of questing, killing monsters, and cascading deep into the recesses of pure RPG fun. 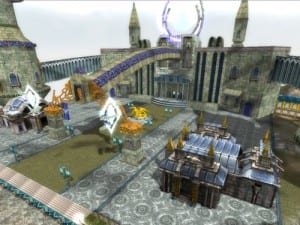 As in any MMORPG, the base story arc is that of happiness crushed by unfortunate despair that ultimately leads to a separated state which in turn leads to opposing factions. Kind of like Alliance and Horde in WoW.

That same formula applies to Neo Steam as the world of Chrysalis was, one fateful day, struck by an earthquake and thus the aptly-named Shattered Continent came to exist.‚  See, it all makes sense in the end. The people of Chrysalis are no strangers to resource wars, as “neo steam,” the chief energy source, is the driving force of the entire game. 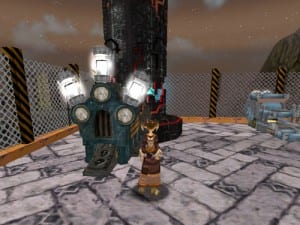 When you first fire up Neo Steam you’re treated to an absolutely gorgeous and flowing opening cinematic which familiarizes you with the somewhat complex back story, and through its use of exciting and emotional music juxtaposed with images of the games’ character classes, races, weapons, good and bad guys, and varied environments, truly sets the tone and scene for what’s to come for you.

When the cinematic ends you’re prompted to design a character, your ‘toon, that you’ll puppet around the world. The most dramatic decision is that of choosing a faction to enlist in. In Neo Steam, two opposing sides exist “" the Republic of Rogwell and the Elerd Kingdom. I play Horde in WoW, so an obvious Republic of Rogwell choice was made in seconds. Before you depart to the game-world however you can alter your little guy or girl in terms of race, class, gender, head, and overall looks. 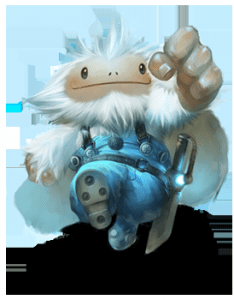 Upon first plunging into my server of choice, I was placed in a crowded city market (hello Orgrimmar) and immediately noticed droves of players of all races scampering about instilling a very necessary and effective sense of life to the game, and one that I particularly enjoyed.

However, that joy was immediately quelled by the downright horrifically-monotonous, droll, and altogether unfitting music that was not limited to the confines of area A; instead, such tunes which can only be described as terrible elevator music are commonplace throughout the Shattered Continent.‚  Sound harsh? Give this cut a listen for more than 10 seconds and rethink it.

Musical considerations aside, there is absolutely a hell of a lot to do in the Shattered Continent, including varied and actually interesting quests; player versus player combat; city to city travel via subway, zeppelins, steam balloons, cannons, and submarines;‚  a deep marketplace; and some interesting mounts, just to scratch the surface of possibilities. Best of all, at least on the days and server in which I played, human players were extremely kind, helpful, and seemingly at your side should any issue arise. 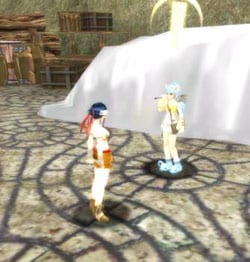 Aesthetically speaking, The Shattered Continent is comprised of main hub cities which aren’t anything to drool over, and expansive outdoor environments of rolling hills, pools of water, cliffs, ruins, and much, much more, which also aren’t the most gorgeous I’ve ever seen, but are definitely acceptable.

Mobs are imaginatively designed and their respective dying animations can be quite funny. I was constantly amazed at the level of variance between your basic low-level spiders to the more brutish and powerful mid-level behemoths, and everything in between. In an MMORPG you’ll be killing things a lot, so it is comforting to know the experience is likely to stay fresh as the hours go by. 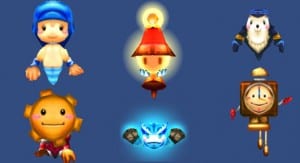 If you can get by the somewhat harsh translation to English dialogue, quests embody significant emotional weight, and you’ll actually know who you’re killing, why, and what you’ll gain from the job. 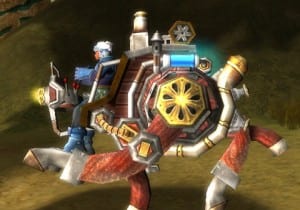 Overall, I enjoyed my time spent in the lands of Chrysalis, as the scenery is beautiful, the quests are aplenty, and the gameplay is deep, deep, deep. Neo Steam is a fully-fledged, no BS MMORPG that will entertain the likes of the hardened MMO fan as well as attract new users with its lack of price tag. 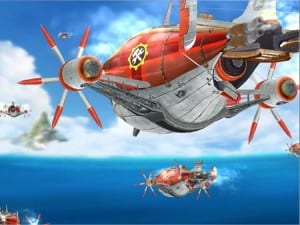 Neo Steam: The Shattered Continent is now in open beta for all to enjoy and is scheduled to release fully, to the public everywhere, later this year.