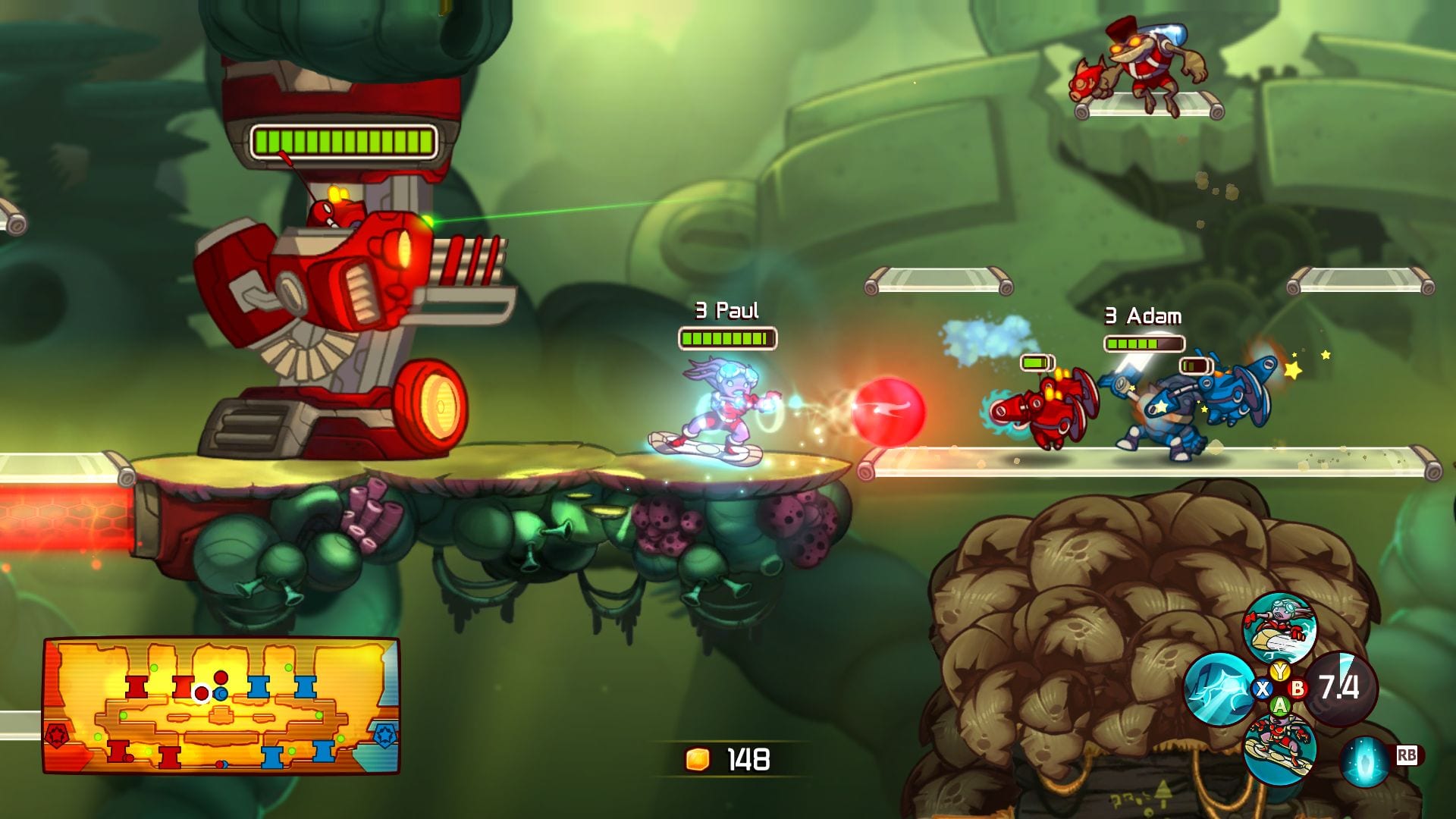 The two new characters include Coco Nebulon and Derpl Zork, who will each bring his or her own unique talents to the intergalactic table. Coco is the game’s first female Awesomenaut and quite skilled at melee attacks. Derpl, however, has the IQ of plankton, but rides on a handy military walker that packs a punch. Take a gander at them below.

Awesomenauts will also be getting a patch that will fix some balancing issues on July 23. On that same day, players can download Coco free of charge. Derpl will be released at a later date, but he won’t cost you anything either! How’s that for fan service?