With music software readily available, new DJs are constantly emerging with hopes of becoming the next big producer. The problem that so many of these producers have is setting themselves apart from the crowd. With their distinct sound and live instruments, Jeremy Salken and Dominic Lalli of Big Gigantic are forging a unique path of EDM. The duo combines Salken’s drumming skills with Lalli’s saxophone prowess, along with smooth electronic beats to produce catchy, upbeat tracks.

Big Gigantic is currently on their Touch the Sky tour, making appearances with Skrillex, Bassnectar, Paper Diamond, Manic Focus and The Floozies.

On Oct. 23, they travelled to UMass Amherst to open for Skrillex at the Mullins Center, along with Nadastrom and Vindata. Sonny Moore, the 26-year-old from California better known as Skrillex, has become one of the most well known producers with his hard-hitting electro tracks. Recently, his style has evolved, including elements of jazz and soul on his newest album, Recess. Skrillex is currently on a 27-stop tour that will last until November.

“This was my favorite show ever because I brought my 66-year-old mother with me to the show and my older sister,” Fortunato said. “[The] most memorable part was Dominic pointing and smiling at my mother.”

Despite being an avid Big G fan, Fortunato also said that he enjoyed Skrillex’s set. Another one of his favorite moments of the night was when Skrillex dropped the Lion King theme song remix.

“I hadn’t seen Skrillex in two years since Counterpoint 2012,” he said. “He was awesome in my mind, I loved his set.” 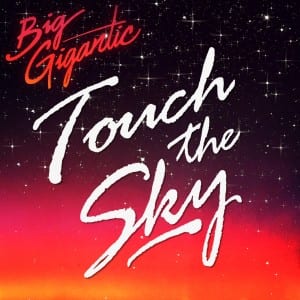 Prior to the show, Salken praised the energy of New England concertgoers.

Big Gigantic has come a long way since forming just a few years ago in 2008. They recently headlined their third show at the incredible Red Rocks Amphitheater in Colorado before hitting up Madison Square Garden in New York with Bassnectar.

“I feel like our music style has definitely changed, like Dom’s producing skills as he has learned more tricks of the trade,” Salken said. “The sound quality has gone up a lot, and the songs sound fuller, they hit harder. Everything is kind of more defined, and stylistically it’s definitely evolved, you know, as all electronic music has.”

Big G has a few more stops on the tour before returning to Colorado, this time to throw down on New Year’s Eve. It’s clear that the duo is not slowing down any time soon.