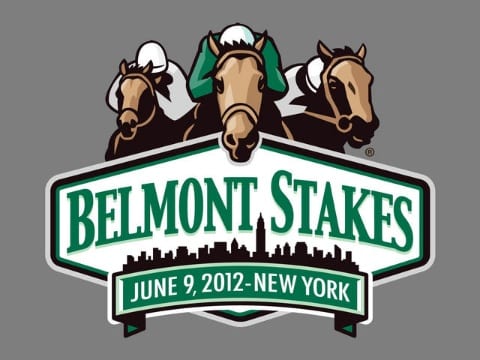 With the Belmont Stakes happening tomorrow, and the hype surrounding the (now unfortunately injured and retired) I’ll Have Another, I have decided to write the definitive list of the greatest equine sidekicks in video gaming. 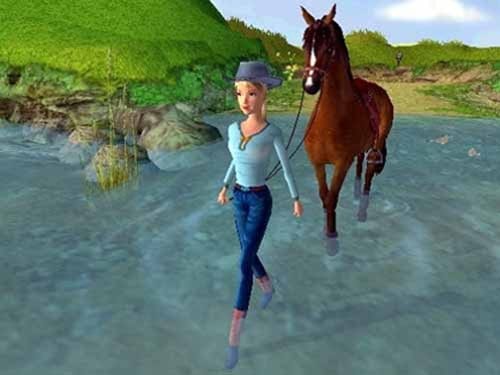 I am going to use the Playstation 2 classic “Wild Horse Rescue” for this example. A storm causes the gates to Barbie’s ranch to burst open and all of the horses escape. In the game you have to find the estranged horses and ride them back to the ranch where they can be combed, washed and raced. Rarely has a game delivered such  a level of interaction with your four legged companion making the horses in this game a shoe in for this list.

The most famous dude in all of Piñata Island, this horse is like “Brad Pitt meets Secretariat” according to his Wikipedia page. He is on the cover for his video game and knows how to party hard on Piñata Island. He is known as a ridiculous dancer and his fancy sunglasses just closes the deal that this horse is nothing to mess with. 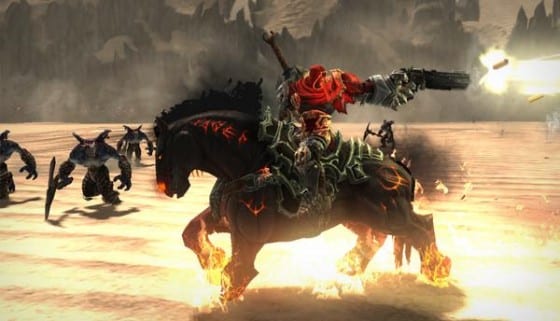 You are the incarnation of War, one of the Four Horsemen of the Apocalypse. Your name alone screams BAMF. As one would imagine, you will need an equally bad ass horse to ride. Enter Ruin an all black horse that features a flaming feet and glowing eyes. When he is called by his master, he crawls out of the ground and has the ability to help out in the thick of battle. Seriously, when your occupation is “Steed of War” you know you are no one to mess with. 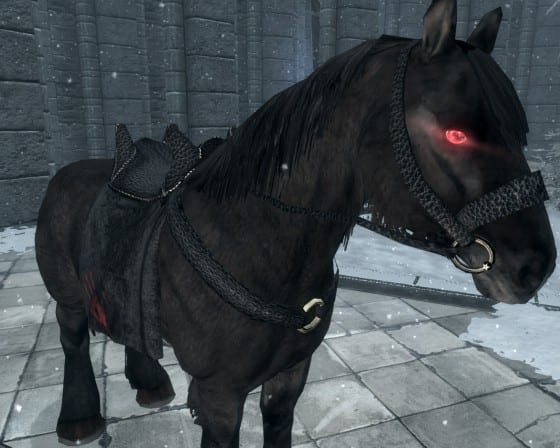 The Dark Brotherhood’s iconic horse, it belonged to the Speaker Lucien Lachance before he handed it over to the player in The Elder Scrolls IV: Oblivion. Her purple coat and piercing red eyes make for one sick ride around Cyrodiil or Skyrim, making sure everyone knows just how feared you are in the land. Not to mention the fact that she can hold her own in a fight and help you climb up steep cliffs, she is an invaluable sidekick.

2. Agro (Shadow of the Colossus) 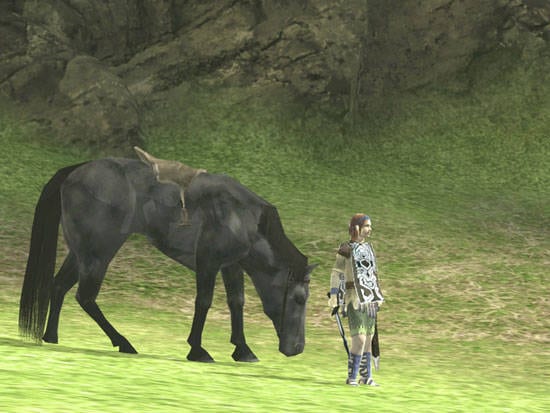 The Wanderer’s only companion for the entirety of the game, the bond you build with Agro is tangible. It will follow you as you battle all sixteen colossi and stay by your side at even the most dangerous times. Throughout the roughly 10-hour adventure anyone with a heart is likely to grow closer to this horse. This goes without saying that the events at the end of the game will leave an irreparable mark on your soul and it is all due to this horse.

1. Epona (The Legend of Zelda Series)

Is there really any other choice? What is probably the most recognizable and beloved equine in all of video games, Epona has worked her way into the hearts of gamers worldwide. It is hard to recapture the feeling I felt when she was given to me at LonLon Ranch in Ocarina of Time and I was able to jump off the small hill and into the fields of Hyrule. Suddenly ever so familiar game world became engrossed with a regained sense of adventure. She has been by your side in nearly every Zelda adventure since and it is an absolute joy to get to ride her each time.