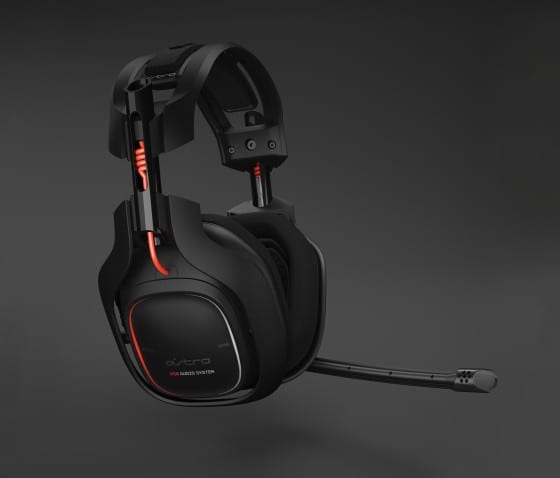 LOS ANGELES — In recent years, the idea of a gaming headset has taken on steam, leading many companies to build fully stocked gaming gear for the hardcore fans. Many might feel that the mainstream battle is happening between the two juggernauts Turtle Beach and Tritton, and while they may be right, the battle for quality has already been won. Despite begin a relatively young company, Astro has made its mark in the world of competitive gaming, with die-hard fans swearing by the fidelity of each pair of headsets. Now, the new Astro A50’s will bring the same high quality model fans are used to, but take away the wiring.

First things first: The A50’s are some stylish pieces of hardware. They are an interesting mix of sleek design with utilitarian simplicity. The over-sized cups cover your entire ear and feature a memory foam type material that should make prolonged use an ease. This material also covers a thin strip where the weight of the headphones would fall on your head, a smart design choice.

In what is probably the smartest feature I have seen on headphones in a long time, Astro’s sound mixer, which allowed for balancing between chat and game volume has been implemented into the headphones themselves. Two buttons have been placed in the outside ear panel for one of the cups, letting you balance your audio in a much more ergonomic way than before.

Another sweet feature is the microphone which mutes when flipped up, leaving out the need for a mute button.

The A50’s pack a powerful 5.8GHZ KleerNet receiver and from the short presentation I was given, I was hard pressed to notice these were not wired. The 7.1 Dolby Surround came out crisp out of both 40mm speakers and the pre-set  EQ audio modes had notable differences, allowing for varied styles of play.

Despite the short demonstration I came out impressed. Due mostly to the price range, I never thought about purchasing any Astros, but having had hands on time with them, I can now understand what the extra buck brings.

The Astro A50’s will release sometime in July and retail for $299.99. Stay tuned for our full review.