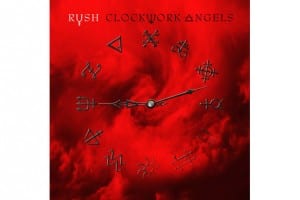 The band will hit 33 cities starting with in Manchester, NH on September 7 and and wrapping up December 2 in Houston, TX with a Boston stop scheduled for October 24.

“Clockwork Angels” will be the groups first original release in over five years. 2007’s “Snakes and Arrows” debuted at #3 on the Billboard 200, (their eleventh top 10 album in the U.S.), featuring the single “Far Cry” that made the top 5 in the mainstream rock charts. Spanning their entire career, launched in 1974 with their self-titled album, Rush boasts a number of gold/platinum studio releases that ranks them behind only the Beatles and the Rolling Stones.

Tickets for all shows go on sale April 27 in select markets at Ticketmaster.com and LiveNation.com. Citi credit card holders will have access to pre-sale tickets through Citi’s Private Pass Program starting April 23 in select markets.