CORK, Ireland — For more than a decade, a shady troika of bankers, developers and government ministers stood watching the simmering cauldron of the Irish economy, and stirred it very deliberately. So, when Lehman Brothers filed for bankruptcy in 2008, it shuddered across the Atlantic and knocked the rickety legs from under our economy, proving the saying that when America sneezes, Ireland catches a cold. Maybe it’s a little dramatic to say this, but watching the news reports of the country’s downfall over the last three years has been a bit like watching the collapse of the World Trade Center in slow-mo. You’re stunned, you know it’s bad, you know it’s going to happen. You watch the whole thing crash and there’s nothing you can do about it: Unemployment. Downgraded credit ratings. Nationalizations. Guarantees. Loans from the European Central Bank. Scramble budgets. And then, after all that, the International Monetary Fund steps in with $120 billion to bail us out. Bang. Rock bottom—we hope. 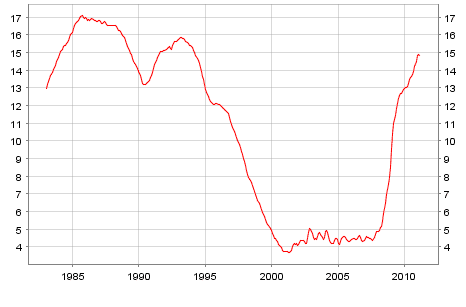 The nation seems to be holding its breath today while a stress test of the banking system is undertaken. The way it’s being covered in the media makes it seem like the sort of thing that could yet transform every depositor into Jane and Michael Banks demanding their tuppence. The whole thing has been such an exhausting marathon of twists, turns and revelations that many of the nasty by-products of financial ruin have gone under the radar.

With so much talk of the numbers, cuts and taxes, you start to forget what it means in human terms. You forget that a slashed health budget means fewer beds or fewer nurses. You forget that unemployment means emigration. After three years of a bruising recession, you’re so frazzled by the terminology and the growing number of zeros that we owe to Germany that you simply don’t have the wherewithal to remember why you’re doing what you’re doing.

Given that this is the nation’s third time sending large swarms of Irish people packing, you could say we’re getting used to it now. Granted, it’s not as acute now as it was during the Great Famine of 1845, which resulted in 2.1 million people leaving the country by 1855, according to the Irish Times. But the statistics now are about to equal the bleak era of the 1980s, a decade that saw an 18 percent unemployment rate by 1989 and the exodus of 500,000 people, according to the Irish Times. In 2010, 65,000 people left the country, compared to 70,600 in 1989. And now, with Eurostat data reporting unemployment at 15 percent, the Economic Social Research Institute predicts a net outflow of 50,000 more people over the next year. Year-for-year across the decades, that figure puts us just about on-course to repeat our statistical feats.

We’re getting used to it now, reverting to the “Paddy Irish” type, I suppose. “Poor but happy,” some people like to say, as if economic success were a suit that never really fit and we are now returning to the familiar rags of our national upbringing. But I’m not buying it. I untangle the mess of earphone and Webcam wires, and yawn off the tiredness of the idle day. What am I doing again? Why am I doing it?

Ah, yes. With the help of three albums’ worth of Iron and Wine, I’m whiling away the five-hour time difference between Ireland and D.C. My best friend is interning there. She commutes, I type. Maybe we both hum along to “Southern Anthem” and whittle the clock down. A narrow window of opportunity in the 3,000-mile distance is about to make itself available; that rare time when she is not working and I am not sleeping or vice versa. This is the stuff that gets lost. I’m not so desperate that this recession is making me lonely. But with most of my friends more likely to be making a living in Uganda than Ireland, I have to admit that it’s getting a little barren and boring for me here. I feel like I’m the only one left. I don’t laugh anymore when I see the “Will the last graduate left in Ireland please turn off the light” Facebook page pop up on my news feed. I admit, I’m not the most gregarious of individuals and this probably hasn’t helped my case. In Ireland, shyness and sobriety do not a social network make.

Nevertheless, I feel slightly robbed. We were the first generation of Irish people who grew up with the warm and unwavering promise that we would never have to leave. And so we grew up, unprepared, only to get smacked mid-degree with a hefty layer cake of governmental corruption, incompetence and economic failure.

This is not a whinge for the country’s 20-somethings. We know it could be a lot worse. We know we could be 30-something, unemployed, with a rake of kids and a sub-prime mortgage. Or worse still, employed and footing the lengthy bill. And we know that emigration in 2011 is not the sobering and unglamorous affair that it was in the ‘80s. It’s not busloads of pasty Irish whelps queuing forlornly for boats to Holyhead, North Wales or flights to Boston’s Logan Airport. We arrive on foreign shores pre-Fitch’d and almost tanned enough to blend in. We’re globalised enough to shut our eyes, ride it out, and label it a bit of “craic.” Still, it goes against the grain to leave your home. My friend summed it up succinctly when she said, “You know, I always knew I would have to travel to pursue my ambitions. But I hate that it wasn’t on my own terms.” And right she is. There is a severe enough distinction between leaving your home and being evicted from it because you can’t pay the rent—and no amount of Abercrombie sweaters or bottles of St. Tropez can stifle that particular sting.

And so, here we are; bleary eyed and more tired for our age than we would truly like to admit. I look at my watch. The narrow window of opportunity opens and through Google Voice I converse with my friend for nearly two hours. We laugh about friends and sex. And then we talk about jobs. How is the internship going? What do things look like at home? Who is where? They’re in Seattle, Vancouver, Sydney, London. Certainly not Ireland. We lament the situation we have been shoehorned into.

The choices for emerging graduates are stark. You can stay and fill out the long application forms for social welfare payments and paper the streets with your resumé in the hope that something sticks. Or you can leave. Because the biggest problem is not the lack of jobs (although it’s hardly a reason to celebrate), it’s the lack of anything. Last September, I moved to Manhattan to do a three-month unpaid internship. It was an incredible experience and I gained so much from it, both professionally and personally. But the sheer insanity of borrowing money to work for nothing epitomises the sort of outlandish rabbit-hole that the Irish people have been pushed into.

And that’s why people are emigrating. Not only is it nigh on impossible to get a salaried job, it’s also impossible to get work experience or internships. Facing a future of meagre state payments and the slow rot of their academic skills, graduates turn instead to visa applications. They uproot their whole lives just to feel what it might be like to have a career. I read New York Times articles about 28-year-old law students who are “stuck” doing yet another internship, and I envy them. There is no such innovation on this side of the pond.

You could’ve knocked out George Foreman with the accumulated volume of newspaper reports and television programmes that have gleefully attacked the government and senior bank officials since this crisis began. I wouldn’t for one moment relent in pointing the finger at those gluttonous fat-cats who landed us in this endless mess, but there is a distinct failure of industry too, particularly in the media.

Let’s not forget that during the property boom, most national newspapers in Ireland fed into the fever pitch with large property supplements. And now that it has gone bust and they are busy playing the blame game, they are happy to ignore the thousands of graduates who come knocking on the door seeking not jobs, just the opportunity to learn and contribute. Here I am, the case in point, more likely to write for a publication located 3,000 miles away than I am to write for one located just three miles away. Ireland’s small publishing industry makes no effort to accommodate the youth that might yet keep it going. There are swathes of state and semi-state bodies that largely seem to snub our language students at a time when their skills might be most advantageous, especially when you consider how much we must parlay with Sarkozy, Merkel, et al. And what about those pharma companies who have had to make staff redundant to reduce their costs? Wouldn’t they benefit from a couple of chemical engineering interns? We score poorly in mathematics compared to our European colleagues. Is there an opportunity there for some unemployed graduates with the requisite qualification? Do we give our artists a strong network? A forum for aspiring writers? No.

And I’m not convinced by the new coalition’s guff about reinventing Ireland and creating opportunities for young people. They, too, are so entranced by the debt clock that the billions of euros that were invested in education are continuing to trickle steadily out of the country. Implementing some sort of short-term stopgap is simply not on the top of anyone’s list. It’s ironic because when national debt is weighing in at the euro equivalent of nearly $140 billion in such a small country, or about $31,000 per citizen, it seems like you might want to hang on to as many people as possible to help shoulder the deficit in the long term. Right?