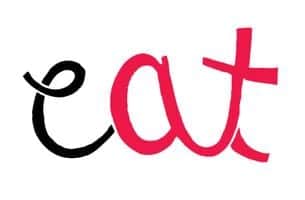 It’s not always easy to decide where to eat in Boston with so many new restaurants to try. Until recently, it seemed that foodies were the only ones who knew exactly where to go to have delicious, memorable and affordable dinners out. Luckily, the Internet has brought together people who know about good food, and now they’re sharing it with the masses.

Aaron Cohen, author of @EatBoston since 2009 and chef Will Gilson of Garden at the Cellar are the masterminds behind WhereToEat.in and the Pop-Up restaurant, a concept that involves serving five-course meals for three nights only at places where fine dining, or any food at all, is not typically served. This past weekend their second installation came to life at Bloc 11 Café in Somerville.

But how do you “pop-up” a restaurant exactly? It’s fairly easy, but takes a lot of organization: Choose a place that is not a restaurant, set it up to serve a five-course meal, charge a base entrance price for a number of people, and enjoy. In the fall of 2010 the first Pop-Up was hosted at the acclaimed antiques shop Mohr & McPherson in the South End. Patrons paid $60 and ate, amongst other dishes, black truffle and pistachio sausage with parsnip puree and turnips, local cod wrapped in speck with thyme-infused potatoes and romeso sauce, and honey and lavender panna cotta with almond crumble and luxardo foam.

At these Pop-Up locations, the kitchen is a food truck or an improvised cooking space. The tables become communal so that couples or solo diners can have a chance to meet others and enjoy the atmosphere or conversation as much as they enjoy the meal. 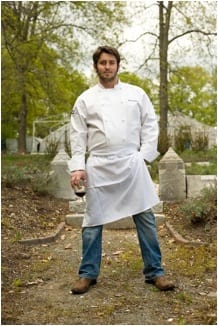 The organizers hope to keep the $60 price for future dinners. Considering that at fine dining restaurants a single person can pay up to $60 for an appetizer, an entrée and maybe a drink, with no tip or tax included, these five-course meals are not-to-miss deals.

“We’d think about opening the Pop-Up any place that people might enjoy a restaurant-style meal,” said Cohen. “The memories of taste are somewhat ephemeral. You might remember having had a good meal, but it’s unlikely you’ll remember how much salt was in the soup unless there was too much or not enough. Playing with lengthening and strengthening those memories is one of the things we’re working on.”

After all, memories do last a lifetime. Maybe that is why the tickets for this weekend sold out in two weeks. Then again, Cohen is also known locally for organizing great events such as the Bacon and Beer Festival. Gilson is a popular chef who lives by the belief of using local, sustainable, fresh and seasonal ingredients at Garden at the Cellar.

Additionally, the fact that the dinners are open to everyone on a first-come, first-served basis makes people feel excited about getting into an exclusive, but welcoming, event. Tickets, not connections, are all you need to get in.

“We cap capacity, but that’s what dictates the exclusivity,” Cohen said. He explained that the pair doesn’t want to create a type of “supper club” or by-invitation-only dinner at a chef’s house where people have to know somebody in order to get in.

“Will has a phenomenal track record for putting out amazing food,” Cohen continued. “I hope I’ve got a track record of putting together events that are creative, fun and a good value. We have a certain level of credibility with the folks who have eaten Will’s food or attended our events. This credibility is incredibly valuable and we know we couldn’t sell tickets without it. It’s definitely one of the things we keep in mind when planning our events: How can we keep making people happy?”

For those who nabbed tickets for last weekend’s Pop-Up, we hope you enjoyed your tasty dinners. For the rest of us, there’s not a long wait to try to get in on the action. Cohen said that they will try to have a Pop-Up once a month. Also, other events including Ginger Explosion 2 and Monsters of Pork are in the works. It looks like it will be a year of good eating for all of us.