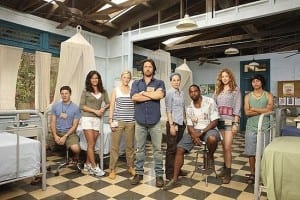 Welcome to “Off The Map,” also known as “Grey’s Anatomy: South America.”

That’s not mentioned endearingly either. Unlike the early years of “Grey’s,” this is not captivating television. Instead, its all the paper-thin characters, ludicrous medical plots and contrived interpersonal relationships.

The doctors in “Off the Map” are “baby docs,” down in South America to pad their resumes and “start over” from the mistaken pasts they somehow have despite a youth presumably occupied with medical school.

If the context of the show didn’t give it away, it’s another Shonda Rhymes production. But “Map” lacks everything that made early “Grey’s” great and the Addison that made “Private Practice” bearable.

The first hour was filled with the doctors learning jungle-based medicine and painfully trying to communicate with the natives (nobody knows Spanish it seems). Further hitting home that this is a Rhimes productions, most of the characters fit a pretty distinguishable early-“Grey’s” mold, from characters reminiscent of Burke, Izzie, Meredith—and oh yeah—Bailey, or Zee.

In the first hour, we’re treated to each of the interns—I mean doctors—lives, somehow inspired by each of their challenging cases. And while no one got together in the first episode, there was enough forced sexual tension to predict the season’s worth of liaisons.

If you like soapy, predictable and reminiscent of existing medical shows, give this one a shot.