“The Fighter” is a title at which I would usually roll my eyes. Oh, yes, he’s a fighter, because you see he’s both a boxer and a working class guy from Lowell, Mass., who “fights” his way up from nothing. So it’s a play on words, sort of!

“The Fighter,” however, is in disguise. On the surface it masquerades as a played-out sports movie vehicle for Mark Wahlberg, a lazy mimicry of “The Wrestler” or “Rocky”. An easy win at the box office, maybe even an Oscar nod, without actually doing anything original. But, happily, beneath that mask lies a deep, rich center of terrific performances and surprisingly nuanced writing. 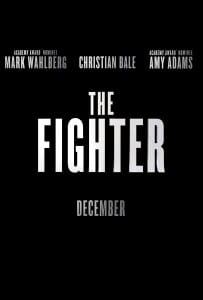 “The Fighter” tells a story of recent history: the welterweight boxer “Irish” Mickey Ward (Wahlberg), who rose to fame in the 80s and became the “pride of Lowell”, his hometown. His success superseded that of his brother, Dicky Eklund (Christian Bale), who lost his own promising boxing career to crack addiction.

The outline of the story is really just a backdrop to the family drama surrounding Ward’s life. When we meet Mickey, he’s merely a “stepping stone”, meaning better boxers use him as practice before facing off against title fighters. He’s being trained by his brother, who has a tendency to abandon him for the crack pipe and blusters about his knock-down fight with Sugar Ray Leonard. Ward is also managed by his mother Alice (Melissa Leo) who tends to view him as something between a cash cow and placeholder for when his brother eventually returns to greatness. Leo, Wahlberg and Bale are perfect as a trio, playing this disordered, noisy and violent family drama with an eerie truthfulness. Writers Scott Silver, Paul Tamasy and Eric Johnson take what could be a basic story of a rising star, and melds it beautifully and wrenchingly into a story of a family orbiting one member’s self-destruction.

It would be easy for the movie to be overrun by Bale, who chews his way through his scenes as the charismatic Dicky. Bale really is stunning, moving about the screen with alternate cat-like grace, and halting, stumbling movements. In some scenes he tends to overdo the twitchy dope-fiend shtick a little, but in the quieter moments his sunken eyes tell volumes. But if Bale is the explosion in this piece, Wahlberg is the slow burn. Ward is a frustrated man, stuck in a town and a family that both reveres him and keeps him from achieving what he knows he’s fully capable of. Even his supportive girlfriend Charlene (the always wonderful Amy Adams) is an alternate pull, seeing what Mickey should do to ensure his success, but unable to see why he can’t do it.

The fight scenes themselves are hyper-real, shot with HBO television cameras documentary-style. The way they’re shot also gives non-boxer a good sense of the strategy and mindfulness that goes into the sweet science But all in all, “The Fighter” manages to transcend it’s own unoriginality to create a truly smart and clear-eyed view of a family and addiction. The “fighting” itself, in retrospect, seems secondary.