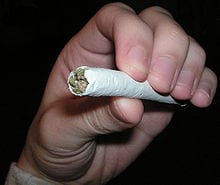 SAN DIEGO — Proposition 19, which would have legalized marijuana in California and subjected it to a state tax, has failed.

Prop. 19 made national headlines, but the idea had almost no backing from organizations with the funding to mount a statewide campaign.

Law enforcement groups, politicians from both major parties, and the federal government had come down hard on the idea of legalizing marijuana.

Proposition 19 would have made it legal for adults age 21 and over to possess an ounce of marijuana and to grow a small amount of it. Local governments would also be allowed to tax it and permit commercial cultivation.