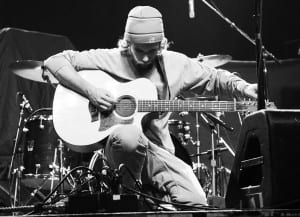 Blast had the opportunity to listen and learn a bit with musical artist Mishka, winner of the 2009 iTunes Best New Artist award.

His new album, "Talk About," (out March 30) which he describes as an “album of movement,” integrates steady beats, bright sounds, and lyrics woven together by consistent themes. And after a delightful spin of the newest tracks, Blast asked the artist a few questions-from working with Butch Walker, teaming up with Matthew McConaughey, and just plain musical inspiration.

BLAST: Congratulations on the iTunes Best New Artist award! How would you describe the past year for you in terms of your music career?

MISHKA: Fulfilling, with a lot of personal and musical growth.

BLAST: Was growing up around Bermuda an influence in your music? What impacted you most in becoming a musician and songwriter?

M: Bermuda, an inspiration! The people, the beauty of the place. Music and musicians have had a huge impact on me from as long as I can remember. I just love it.

BLAST: What swayed your musical tastes toward reggae?

M: The relevance of the message and the feel of the music…..I personally find it to be a complete kind of music, spiritually, historically culturally … in so many ways.

BLAST: You and your sister are both involved in music, correct? Was your family as a whole very much into music? I ask because I see so many music programs being cut now due to funding, and am wondering what you think about music being introduced at an early age.

M: Yeah, Heather [Heather Nova] is my big sister singer songwriter. We were brought up listening to a lot of good music, nothing really formal as far as music education, but I think it’s great for kids to get involved with music and making music at a young ageâ€¦it helps you stay connected to the creator. It’s your heartbeat.

M: It’s a duty to sing or write with conscience . Political is a very broad term, but I think people can find the truth of a situation if they check a musical vibe as it relates to any given situation.
Future generations are all we have and all that we are, we are telling them of a time that we are living in. I listen to the music of those gone before us and the relevance of the message still stands today, maybe even more than it did at the time. So yes, it’s important to keep the future generations in mind… what (will) they make of us or our works? Only time will tell.

BLAST: I see Matthew McConaughey has been a major help with your label-what has working with him been like?

M: Matthew is a big part of the label, he started it and is the head of it (record label, j.k. livin). Working with him has been really good in that he really wants to get the music out to as many ears as possible, and he is a big fan of my music.

BLAST: How was it to collaborate with Butch Walker? How was his musical approach different?

BLAST: What is your songwriting approach?

M: It just flows when it flows, sometimes, it’s a pen and paper, sometimes it’s a guitar and a melody… inspiration.

BLAST: Do you have any aspirations for future projects?

M: Just to keep on playing music, maybe work with some other artists on collaborations…

M: Thanks and praises to the most high. Jah rastafari live!