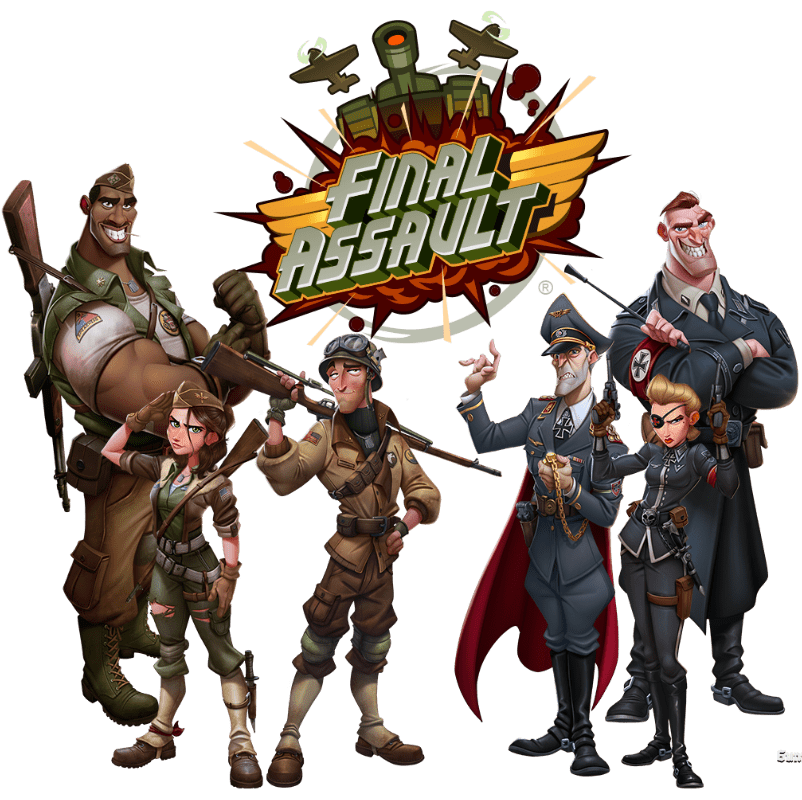 In Final Assault, players engage in battles between Axis and Allied forces. Players can command six divisions in ground combat and aerial dogfights resulting in one of the most intense VR games available. Final Assault blends elements from RTS, Action, and MOBA to create a truly unique VR game

“Every strategic choice made by players will have a real-time consequence that requires them to think on their feet and be able to flex their VR skills and muscles,” said Michael Daubert, CEO of Phaser Lock Interactive. “We took what we felt works great in an RTS and molded it into gameplay that can only exist in VR.”

The game really shines in its cross-platform PVP action, allowing the players to play matches between the Oculus, HTC Vive, WMR, and with future support for the PSVR. “The players want to play against each other in VR, so we took on this challenge with the goal of creating not only an immersive strategy game but a game that players would want to build a community around.”

The early access version of the game has already received a 100% positive Steam user review rating while breaking into the top “250 Steams Hidden Gems” list.

“This is just the beginning for Final Assault,” says Todd Bailey, Creative Director at Phaserlock Interactive. “We built the game to have a strong set of core mechanics so that we can continue to expand and add new content and gameplay after launch. We’re ready to build more maps, more units, more game modes and new campaigns. We want to be able to look at what’s exciting to the players and build on that.”