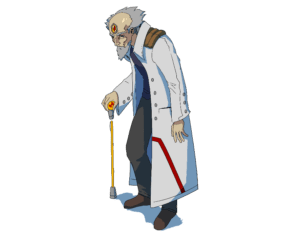 In Cyber Shadow – the newest addition to the Yacht Club Games roster – the world has been taken over by synthetic lifeforms. A desperate plea for help sets Shadow on a journey to uncover what set the world on the path to perpetual ruin. Slash through techno hordes, leap past traps, and nimbly navigate the ruins of Mekacity. Only you can unlock the secrets to your clan’s ancient powers in Cyber Shadow – a quintessential take on the ninja action genre.

“It’s a huge honor to work with Aarne Hunziker on Cyber Shadow. We understand more than most what a massive undertaking it is to bring a game you’ve been dreaming about for years into the world. We’re here to help Aarne deliver his vision – taking care of the ‘boring stuff’ so that he can do what he does best!”

“Working on Cyber Shadow has been exhausting but amazing at the same time. I’m thrilled that Yacht Club Games has taken an interest in my ninja game. It feels surreal for sure, and I can’t wait to see what comes next.”

–  Aarne ‘MEKASKULL’ Hunziker, creator of Cyber Shadow and founder of Mechanical Head GamesYacht Club Games reached out to Aarne two years ago about getting involved with Cyber Shadow.

Aarne had been developing the game on his own for years with no intention of working with a publisher – but Yacht Club Games was the only team he’d ever consider to help him hone his creation. Aarne described Cyber Shadow to the Shovel Knight creators as an “NES-style game that had the level design principles of Mario, the skills and action of Ninja Gaiden, the enemy designs of Contra, and the dark visual aesthetic of Batman.” What the team played was a brilliantly elevated take on classic ninja action. After 6 years and 5 Shovel Knightgames, Yacht Club Games had become associated with authentic 8-bit fun – and the company was confident it could rely on its past experiences and expertise to take Cyber Shadow to the next level. To both studios, Shovel Knight and Cyber Shadow offer players the trials of NES games … without any of the tribulations!

Yacht Club Games is handling the marketing, porting, business, and typical roles of a publisher so that Aarne can focus on the core game development. In addition, Yacht Club Games is deeply involved in giving design feedback – imparting some of the lessons learned from the Shovel Knight saga along the way.

Cyber Shadow’s release date is yet to be determined. At launch, Yacht Club Games will be targeting Steam, Nintendo Switch, Xbox One, and PlayStation 4 with a suggested retail price of $14.99