The first time you play Rime you might spend a lot of time pointing out the heavy handed influences from other games. You might think the main character looks and moves like the boy in ICO, or that some of the puzzles feel like they were taken straight from The Talos Principle. Maybe the atmosphere set by the melancholic soundtrack and lack of dialogue will bring back memories from your first play through of Journey. These are all fair comparisons to make. In fact, Rime seems to openly acknowledge its muses, often times recreating the mood felt in those games in order to deliver on its message. However, by the time the credits roll, it becomes clear that Rime is and emotional and deeply fascinating game that deserves to be held at the same high regard as the titles it so carefully imitates. 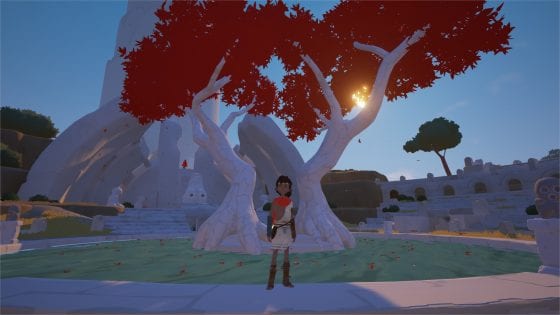 You wake up as Enu, a young boy who washes up on a remote Mediterranean island. Surrounding you are the remnants of a long lost civilization; crumbling buildings that are aching to be explored and a massive tower in the middle of the island that looms over your every action. What might seem like a large world to explore turns into a visual illusion, as it is clear that there is only one way out of every situation and the game will guide you forward with a friendly fox that becomes your ally during the first few minutes. That looming tower becomes your constant between levels, acting as a final destination and portal between environments. There are four distinct areas that you end up exploring, and each feels incredibly realized and packed with meaning. And while that meaning might not be clear until the very end, the game successfully inspires the right emotions when called upon. 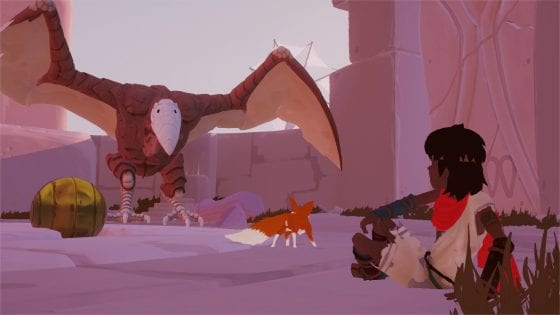 Rime has no dialogue, instead, it uses visual cues to guide you around the environment. Orange things can be picked up, ledges with white residue can be climbed, and anything with a teal glow can be interacted with Enu’s voice, which never materializes into more than a yelp. The mechanics remain simple, meaning the puzzles you encounter don’t have too much variety. They will usually involve finding a way to activate all of the voice statues in a room or using shadows to create the right silhouette to open a door. I never got stuck on one for more than a few minutes, lending a faster pace to the game than I anticipated. I managed to wrap it up in around 5 hours without gathering many collectibles, which might seem short but it helps Rime remain impactful at all times. 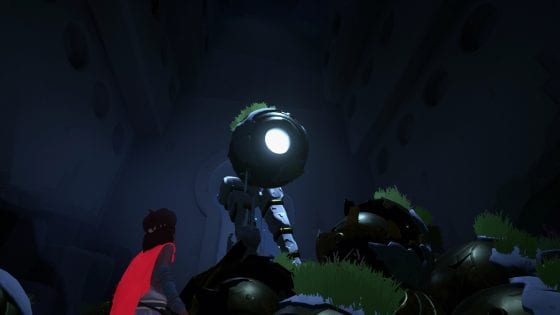 Thankfully, what Rime may lack in puzzle variety it more than makes up for with jaw-dropping art direction. The game sports a mature take on cell shading that helps colors stand out while allowing the designers a ton of expressive freedom. In addition to the soothing island you explore in the beginning there are arid deserts, overgrown labyrinths, and a despondent rain-soaked area that stuck with me more than any other. At times, the puzzle solving will take a backseat, letting the world speak for itself. This would normally be a downside, but Rime’s atmosphere is so well crafted that I was always eager to see more. When the game takes control of the camera, pulls back, and lets you see the scale of the place around you, all while a goosebump inducing violin plays, that’s when you know you have something special. 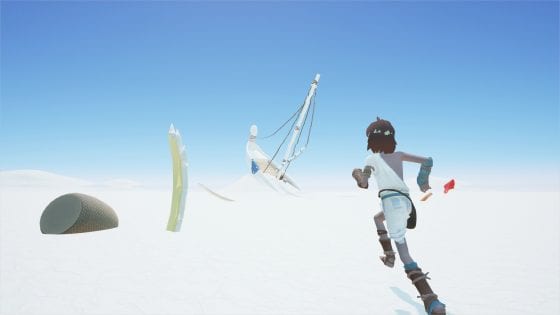 The impressive visual package is accompanied by some silky smooth animations that unfortunately don’t always hit the mark. Enu’s movements are handcrafted and look as good as everything around him, but sometimes I found myself making the wrong jump and getting stuck in the geometry. Rime is also plagued by having its character only climb things that he is supposed to, having you bump into clearly scaleable surfaces with no avail. And when you do find a place to jump, the platforming is not the best, lending some sections to feel longer than they should. There were also a few wonky physics here and there that bothered me, but nothing that occurred a significant amount of time. But honestly, the only reason these flaws are sticking out so much to me is because the game does such a great job at everything else. 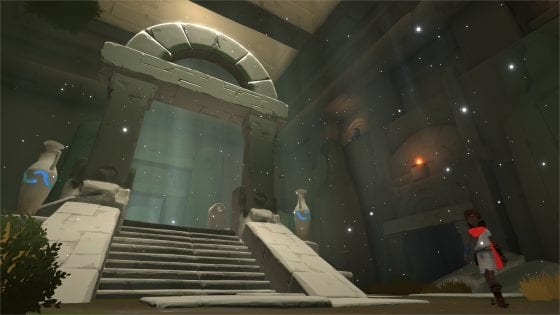 Rime’s greatest strength is its subtlety. It takes a step back from being another puzzler trying to explain the meaning of life by instead weaving a strikingly personal tale that unravels beautifully as you play it. The story is told through body language and the slight changes in the character’s voice as he faces different problems. Even enemy encounters, while few and far between, make you feel vulnerable and are rewarding to conquer. This attention to detail really shows why Rime was such a passion project for developer Tequila Works. It is a touching love letter to storytelling through video games.

RiME Review: From Small Beginnings
Rime is and emotional and deeply fascinating game that deserves to be held at the same high regard as the titles so carefully imitates.
Design
Gameplay
Story
Presentation
Lasting Appeal
What works
What didn't work
2017-06-07
4.5Overall Score