Wartile is a unique tabletop-style strategy game that looks to blend the joy of board gaming with the complexities of modern video games. Developed by Playwood Project, a small team out of Denmark, the game is still on Steam Early Access after releasing earlier this month. However, despite the early build, the basis for a challenging realtime-ish Viking pillaging game looks very promising. 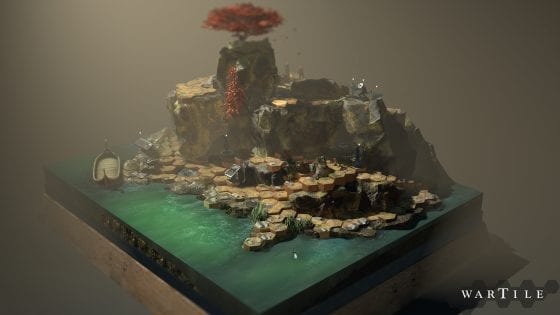 The game has you controlling a small squad of Vikings as they invade neighboring islands and battle supernatural beings. From the look of it you would think it was a turn based game, since it borrows the hexagonal tiles seen in many board games. However, your are free to move your units around the map without hitting a “next turn” button. Instead, each unit has a small cooldown timer that has to reset before you can move it again. Thankfully, they will automatically attack any enemy in their range, leaving you to plan out ambushes and constantly relocate to a better flanking position. That is where the hex tiles work so well, clearly distinguishing between higher ground or possible choke-points. 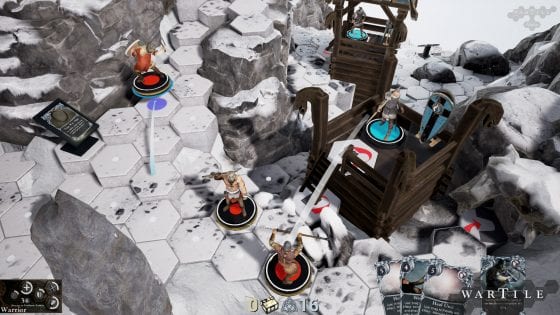 Alongside the strategic placement of your units you will be responsible for queuing up abilities that give you an advantage on the battlefield. These come in the shape of a small deck of cards that cost battlepoints, a currency you earn by defeating enemies or completing objectives. They aren’t the most exciting things, usually letting you heal your unit or setting traps on the ground, but they are crucial to victory. Each unit also has a special ability that is free to use but has a long cooldown timer. Managing your unit placement, pool of battlepoints, and when to activate a units strongest power can be an exhausting ordeal, especially when you are constantly over matched. It does get easier the more you play it, since you can outfit your squad with better gear and purchase better Vikings at the store. Nonetheless, my first few hours with Wartile were deviously punishing. 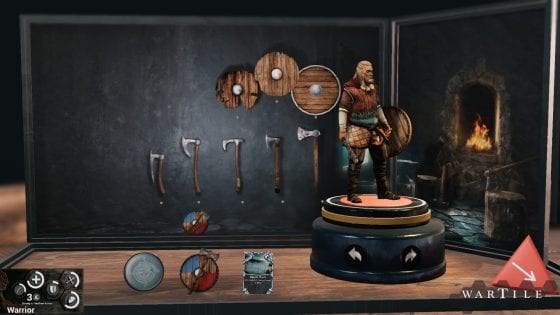 Wartile’s biggest selling point is the pleasing board game aesthetic that permeates every aspect of the game. Your units look like they are carved out of wood, and make the appropriate thunks when you move them around the map. Each arena is a detailed diorama of a Norse battleground that looks like it was frozen in time or meticulously constructed for a tabletop battle. The style is used to great effect as your units health is shown on the base where they stand and buildings have removable tops in order to see what is inside. The tabletop look is also effective at delivering important information about the map, such as elevation changes, without cluttering the display. It is a focused art style that remains efficient and gives Wartile a unique look. 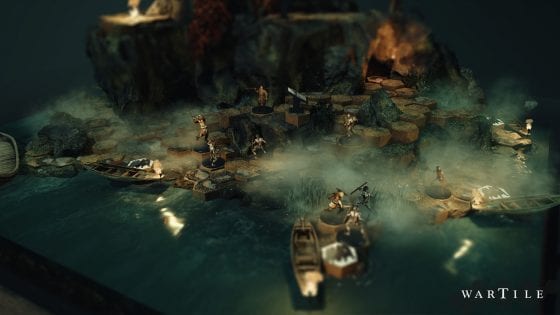 Wartile is an interesting prospect. When you look past its beautiful art design, you will find a challenging strategy experience that has not been made before. It mixes the unit placement of a turn based game with the constant micromanagement of a real time strategy game. Its Norse setting is refreshing and the customizable units echo other genre greats like XCOM. While there are only a few levels and a 1v1 multiplayer available right now, the extra difficulties you unlock ensure you can get plenty out of your $19.99 investment. 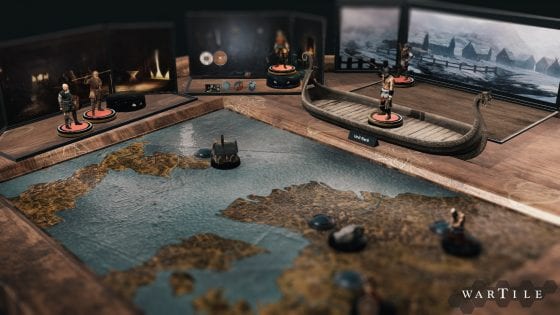