It might be physically impossible to watch “Tron” without fantasizing about visiting its neon computer world. While Dystoria might not fulfill the dreams many of us have of high-speed Light Cycle racing, the spirit of the world inside the computer is alive and well. With its bumping techno soundtrack, nostalgic 80’s art style, and modernized arcade gameplay, Dystoria brings a refreshing take on a classic gaming genre.

Fade in. Small town. A rad looking teenager is walking past a forgotten video rental store when he sees a flash of green light. Curious, he cautiously walks up to the anomaly, only to find a state of the art arcade machine. The title at the top is drawing his interest. “Dystoria.” Before he is even done searching for quarters, he is enveloped in light from above. The ground below him grows farther away as he is abducted into a triangular spaceship. The arcade cabinet below him disappears. Inside the alien spacecraft he is greeted by a computer terminal. A being named Omniam invites him to enter a series of intergalactic tests where he will pilot a spaceship through several levels. Once he is finished he gets to go back to Earth.

This is really as far as Dystoria’s story goes and that is perfectly fine. To be honest I was pleasantly surprised to see any semblance of a plot. More often than not in this kind of game I am totally cool with being given a spaceship and the simple task of shooting enemies before they can shoot me. While the plot here is nothing special (and is presented almost exclusively through text after the initial cutscene) it did enough to give context to my fight for survival and remained engaging throughout the 29 levels. 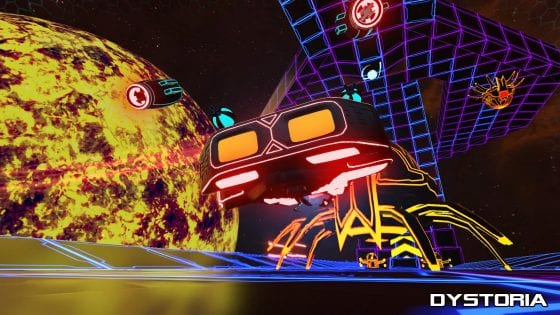 This no-frills approach also extends to the gameplay. Your spaceship can shoot a variety of upgradable weapons, none of which you haven’t seen before. Before you head out into battle you get to chose your loadout, which boils down to deciding between rate of fire over damage, at least until you unlock some of the endgame weapons that have very few compromises. Once you jump into the fray, you start to understand what makes Dystoria so unique. On the surface it is your average bullet hell shooter, a bit light on the hell, but challenging nonetheless. However, fly towards any edge and your ship will reattach itself to the connecting surface. This means ceilings become floors and the sides of floating platforms can help you get a better shot on your foes. It was really cool to be able to dodge enemy fire by flying to the bottom of the level, but it became pretty disorienting when I hit some harsh 90 degree angles. I would often be backtracking while shooting whatever threat I had in front of me only to be flipped upside down and unable to fight back. 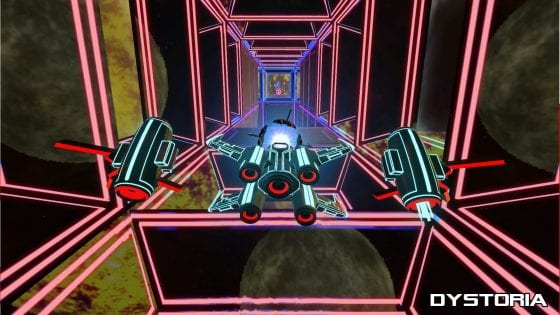 Visually, Dystoria is a treat to behold. Tri-Coastal Games fully embraced the “Tron” art style and built an engaging world out of the legendary look. The levels seem to be build out of blocks that are outlined by the neon primary colors reminiscent of 80’s arcades. The ship and enemy designs aren’t super memorable, but the entire visual package does a great job of portraying scale. And this goes without mentioning the soundtrack, which brings a thrilling bass to each encounter and despite the limited track rotation, never got old.

Each level plays out the same: you scour the map and find three glowing orbs which will open a portal to the next level. Scattered throughout the area are a variety of about half a dozen enemies, from stationary turrets to little flying gnats that chase you no matter where you go. You will also collect nucleons: little bits of currency that can be used to buy upgrades for your ship, and salvage, scattered parts that your enemies spew out during death that can get you new ships. Most levels can be beaten without killing any baddies if you want, but you will have a seriously under-powered ship for the later levels. At the same time, if you choose to grind out each level, your ship might become near unstoppable on normal difficulty. 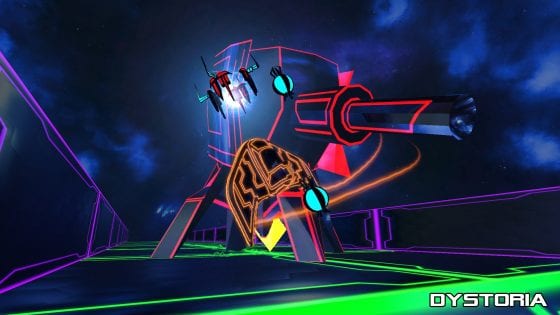 You can earn badges if you destroy every enemy on the map, gather all the nucleons, or finish the level within a certain amount of time. Although his kind of score keeping is expected from this sort of game, there isn’t a leaderboard to be found anywhere. While I can try to grind it out for the Steam Achievements, it would be best to know that I am better than my friends at this kind of thing. Also, the game won’t show you the time required for each level, leaving it as a frustrating game of trial and error.

These are small nitpicks in what is an otherwise impressive package from a two-person team. Tri-Coastal Games has made a polished shooter that introduces new ideas to a well-trodden genre while still acing the things we want in this sort of game. The play on gravity takes some getting used to but certainly adds some flavor to the mix, and while there are some features missing, what is there is very well done. This is a solid shooter for fans of the genre that takes some risks and delivers on the 80’s nostalgia. 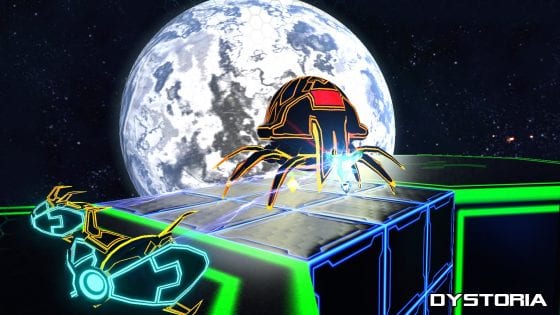