If the Nintendo Switch press event made you want to have one as soon as possible, you might have to wait a bit longer.

Polygon is reporting that GameStop and other large retailers like WalMart, Best Buy, Target, Toys R’ Us and Amazon have all run out of their initial allocation of Nintendo Switch units. However, in an interview with GameSpot, Nintendo of America president Reggie Fils-Aime assured that the supply line for Switch units would be “robust” and “steady,” countering the way the company handled the demand for similar launches like the Wii and more recently the NES Classic system.

The Switch is scheduled to come out on March 3 of this year. Nintendo’s new system will feature a modular controller scheme that permits two players to play with the same controller combo, known as JoyCons. The company famous for bringing motion controls to the masses with the Wii is maintaining the same feature in their new system, but the biggest selling point is the portability. Nintendo’s Switch has a 720p screen that can be transported like a tablet, letting you bring Triple A games wherever you want. A dock also comes bundled that will allow connectivity to a larger screen and output the games to full 1080p where supported. With battery life clocking in at a couple of hours for demanding titles like The Legend of Zelda: Breath of the Wild, this might be the most efficient way to play your games. 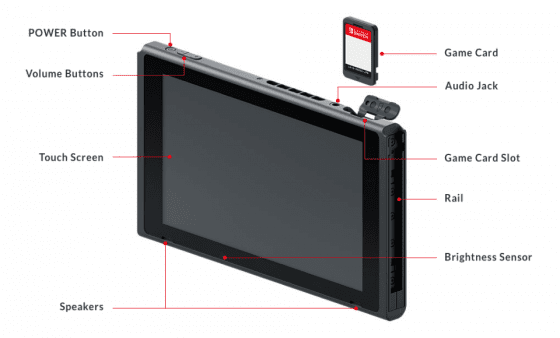 In the press event, Nintendo also announced several other games, including a brand new Mario game called Super Mario Odyssey, a sequel to Splatoon, and a unique fighting game that uses motion controllers called ARMS. However, much like the last two Nintendo consoles, the success of the Switch will depend on third party support. But if pre-order sales are anything to go by, Nintendo doesn’t have much to worry about.