If you are a nut about using fresh produce in your meals, then your life might get a bit easier in the future.

The Cambridge based Kickstarter SproutsIO is looking for funding to produce their all-in-one microgarden. It gets rid of the messy soil, need for viable sunlight, and careful watering most home-grown plants need. After you plug in the unit you actually download a profile for each seed, ensuring whatever lack of green thumb you might have doesn’t get in the way of fresh veggies year round. The profile determines how much light and water is needed for each plant, adjusting accordingly to your needs. Most seeds might require being watered once a month, but you can even set and away mode that will carefully regulate the water while you are gone. The app will even let you see pictures of your growing plants and offer real time data of your blooming microgarden. It is a really cool concept that can allow anyone who has wanted to keep fresh herbs at home the chance to finally do so with minimal effort. It is even dishwasher safe. 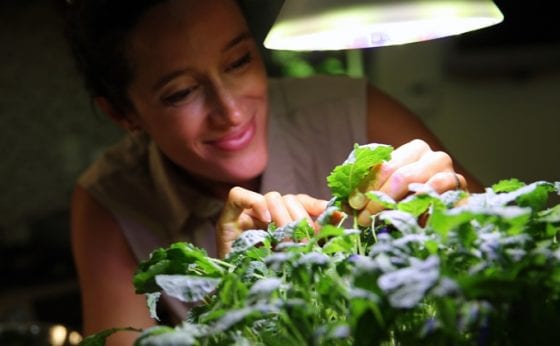 The seven years of development have yielded a stylish looking microgarden that already has results in a few kitchens in the Boston area. All the funding is helping to do now is bring SproutsIO into mass production. They have raised $62,074 of their $100,000 goal with 20 days to go on their Kickstarter.

The all-in-one model even included its own LED light that consumes 50% less than similar bulbs. Toss in a fogging system and the hybrid hydroculture technology will yield crops in half the time it would take through traditional methods. 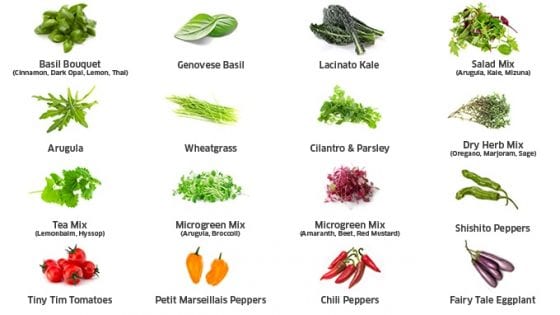 SproutsIO is going to retail for $799 and the seeds (known as sIOs) will be available via a subscription service that charges around $15-$30 per sIO. However, early backers can get the system for as low as $599. Considering the price of some organic produce, the system should be paying itself within seven months. 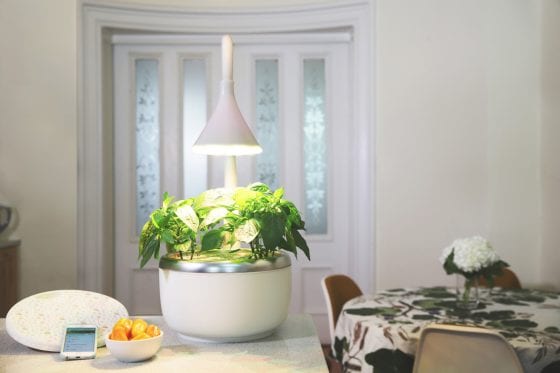 It is a high end product that might take some of the romanticism out of growing your own garden. However, foodies that can afford it or restaurants that can find use in it might never look back once they start seeing fresh produce in their kitchens. Not to mention that tending to your own vegetables might mean you actually eat them rather than buying them only to watch them wither as your plans for a rainbow stir-fry went out the window when you grabbed some Chinese takeout two days in a row.

Units should start rolling out by April 17 once they reach their funding goal.