The video game industry is notoriously secretive. From holding back major announcements for massive convention floors, to having employees sign NDAs at every step in development, you would think these talented artists are working on the next atomic bomb rather than a $60 entertainment product. However, despite this internal fight to keep things under wraps, we are sometimes treated to the horror stories that go on during the several years of development. For every “Madden” and “Call of Duty” able to hit their yearly release date, you have “Aliens: Colonial Marines” and “Duke Nukem Forevers” that undergo major upheavals before they are finally set free. “The Magic Circle” places you inside one of these games; at the tail end of a 20 year saga to be released. While environment you play around in is the incomplete mess of troubled genius, the actual game is a clever study of the process of game development. 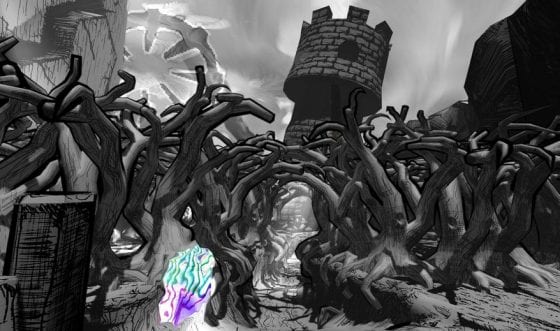 The best way to categorize “The Magic Circle” would be as a walking simulator. By taking the role of a game tester, you are given free reign over an in-development build of an auteur driven video game. In your tour of the barely finished environments you encounter a game AI who has developed a cynical self-awareness of his place in the world. He knows he is trapped until the game is finished, and considering the 20 years of bickering between developers has stalled the process, he tasks you with wrapping up production. You will encounter several creatures the can be re-coded to your will, giving you control to change their attributes as you see fit. Often times this means turning once dangerous foes into valuable allies, but I found it more fun to give inanimate objects supernatural powers. By changing a few lines of code, I was able to craft an army of mushrooms to follow me around and spit fire at any creature dumb enough to battle me. Finding a new creature means you can take their interesting attributes and apply them to other beings, and puzzle solving generally revolves around this mechanic. You will run into impossible chasms that can only be crossed with the aid of a flight, an attribute that one specific creature has somewhere in the relatively open environment. The puzzles did boil down to fetch quests, but the variety of options for solving each situation kept things interesting.

This also means that death is nothing more than a temporary setback. There are certain objects in the game that can only be accessed when you are dead, so knowing how to best use your two states is key to progressing. 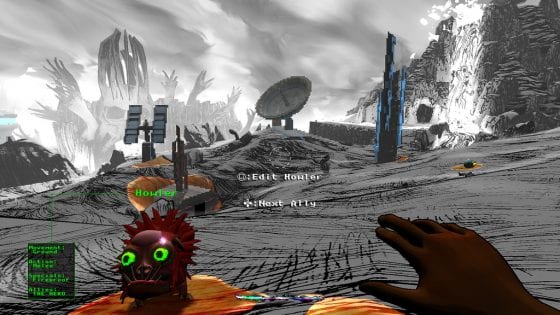 Beyond the creative use of code to break open some environmental puzzles, the biggest draw of “The Magic Circle” has to be the drama between the developers. Represented as floating robotic eyes, you will get to know Ishmael Gilder and Maze Evelyn, the two lead developers in eternal squabble over how to best create this delayed “masterpiece.” Gilder is the troubled genius behind the project, who is held down by his own maniacal obsession with trying to outdo his previous work. Evelyn brings in her own ideas, that constantly clash with Gilder’s vision. This means the work often falls on the new intern, Coda, who is a mega-fan of the original game and is doing her best to transplant her ideas for what this sequel should hold into the actual project. This battle of ideals plays out in several ways. Often times, the eyeballs will make their way into the game world, directly interacting with the environment as they create new levels. Other times you will stumble upon glitches in the system that contain forgotten emails or patch notes that give more insight into the never ending development. It is not a new way of delivering a story, but the characters are all expertly acted, giving believable performances over a strong script. There is not much in the way of a twist at the end, rather, the entire experience is a message for the plight of an artist and a very meta analysis of the battle between a creator and their fans. 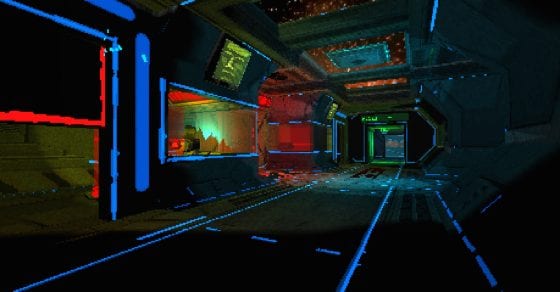 Unlike other games of this kind, “The Magic Circle” does not simply orchestrate a video game around a strong narrative. There are limited, but creative uses of game mechanics at play here, often letting your imagination run wild in the unfinished world. The art style surely helps, as sketched concept art comes to life around you, contrasting with the already complete, colorful enemies. The sense that this is a rough draft permeates the whole experience, with the music that comes on in the background clearly being a take the composer was not done with, and entire levels of an older game are accessible in the main game world. The battling art styles do a great job at communicating how divisive the development of the game has been, but don’t do you any favors in telling you where to go. The Metroid-vania approach to uncovering levels had me moving around the map aimlessly for longer than I would like. The game is also very short, taking only a couple of hours to tell its story. 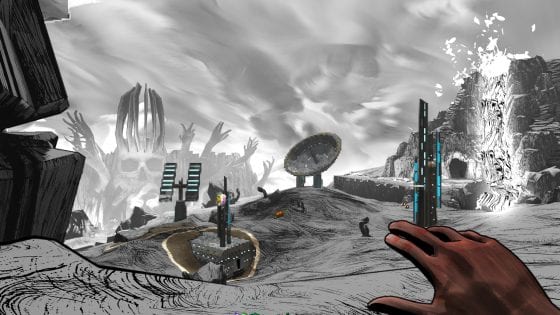 “The Magic Circle” does a great job at delivering its message through a stunning visual art style and strong voice acting. Rather than having the player stumble around a linear game world, the scripted events are separated with creative puzzle solving that challenges your perception of video game tropes. The story is not the greatest despite the ominous message and at times I struggled to figure out exactly what I was supposed to do next. However, for the creative effort and well-realized world, this is a game you have to try out.