During its first ever E3 press conference last year, Bethesda announced that they were working on a strategy card game based on the Elder Scrolls lore. “The Elder Scrolls: Legends” has finally hit beta today, giving lucky players the chance to try out the Maryland based developer’s first foray into trading card games.

The gameplay trailer above outlines a few of the features that will distinguish “Legends” from similar online card games like Blizzard’s “Hearthstone.” Battles are divided into two lanes where certain effects can be applied and your minions do battle. One of the more interesting features shown was that when your avatar takes enough damage, a rune will break and you will draw a card that could turn the tide of battle. It is a method that adds potential game altering upsets and should distinguish “Legends” from the pack. 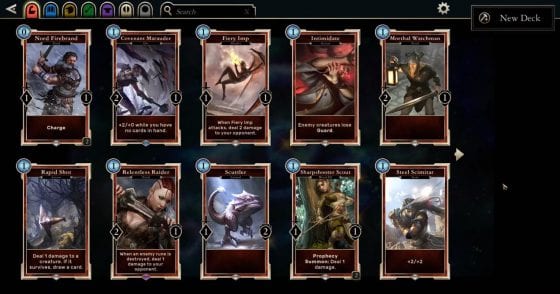 Several modes were teased as well, including your standard multiplayer mode as well as a fleshed out single player story. Bethesda has been working on the game for the past three years with the help of Dire Wolf Digital. Today several beta testers were invited and more will be added in the coming months.

No specific release date has been set for the PC and iOS title, but Bethesda has suggested it will have a soft launch like their highly regarded “Fallout Shelter.”