There is an unshakable, magnetic allure to outer space that has haunted mankind ever since Yuri Gagarin entered Earth’s atmosphere in 1961. Despite the toxic environment, humans have sought shelter in the vastness of space as a means to push our boundaries and eventually start a new life where none was meant to thrive. Yet, no matter how much we strive to make space our new home, there is a haunting fragility to everything we do up there. We are always one step away from total annihilation. Three One Zero took these ideas to heart when making “Adr1ft,” a first person “floating simulator” for Steam and Occulus Rift. And while the oppressing isolation of life in outer space is captured magically, the actual gameplay drags the experience down into a tedious set of chores rather than a frantic fight for survival. 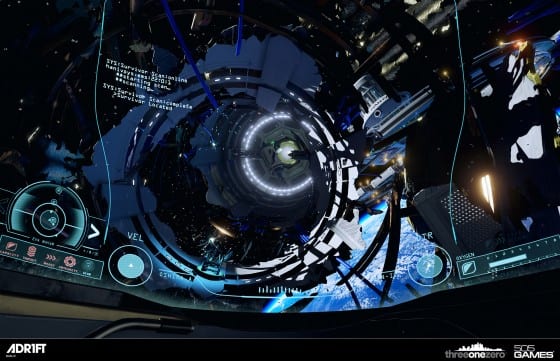 In a pastiche of Alfonso Cuaron’s “Gravity,” “Adr1ft” has you take the role of Commander Alex Oshima, the sole survivor of a catastrophic accident at the HAN-IV Space Station. To prevent a lonely death 250 miles above Earth, you must traverse the crumbling facility and reactivate the four main systems necessary to launch an emergency escape vehicle. Sadly, there is very little sense of progress as you manually repair the damaged mainframes. Your suit does get incremental upgrades, but these are never put to good use, as the game follows a linear path despite hints at further exploration. When I supposedly got the communication systems back online, I still was unable to talk to mission control. They were sending me more messages for sure, but Oshima never answered them or confirmed that she was, in fact, alive. It doesn’t help that each of the sections have identical rooms and the process of reactivating the cores was always the same. While it is understandable that a rapidly expanding space station would be reusing resources to cut costs, it doesn’t make floating around them any more fun.

This is one flaw in an otherwise outstanding visual package. Cities light up at night, giving stunning outlines of Earth’s geography below, while atmospheric anomalies give you a hint into the natural beauty of the planet that is hidden from most people. Each part of the HAN-IV is carefully rendered, as the clean visual aesthetic paints a rosy portrait of the future of private space exploration. Plus, the novelty of a completely zero gravity environment never fades away as objects float around unhindered and water droplets stay suspended in mid-air as you visit the many greenhouses inside the space station. Unfortunately, I was not able to play the game on the Occulus Rift, the VR headset “Adr1ft” would ideally be played with. While it did not detract from the presentation, it was a bit like watching a roller coaster video on YouTube. You get the gist, but you just have to be there to really experience it. 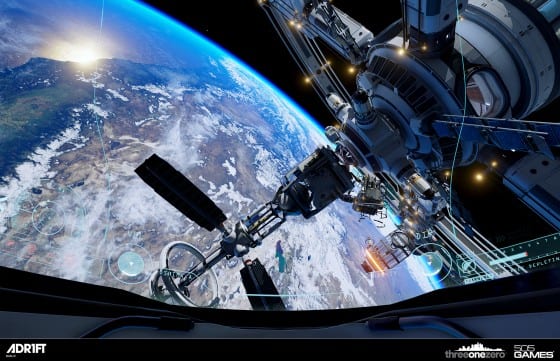 It is an environment that shines bright in contrast to the darker tones presented by the story. As you float around, you will gather small pieces of information about the other members of the crew. You have recovering addicts, veteran astronauts with terminal cancer, young dreamers on their first mission. The audio logs scattered about tell the story of a complicated crew dynamic, and was interesting enough to keep me gathering as much information as I could. Unfortunately, what remained unclear was exactly what happened to the space station. I finished the game with a clear sense of who was at fault, but not what went wrong. All this is also happening only twenty years in the future. While it is not impossible to have a fully functioning space station significantly larger than the ISS and the concept of national borders being redefined (as the few hints of life on Earth suggested) in that amount of time, it does seem a bit unrealistic. 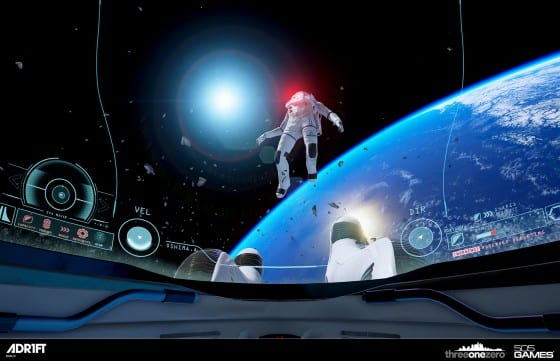 Clearly, “Adr1ft” wanted me to feel trapped in the most lethal environment known to man but the generous game design thwarted any sense of danger. Your EVA suit uses oxygen to both keep you alive and propel you to your next objective, a shared resource which can be found in every single room on the Han-IV. The amount of floating oxygen canisters are actually pretty comical, almost suggesting there was no real source of air on the space station. This leaves random electrical cables as the only real danger, and even those can be easily avoidable. The only times I died while playing “Adr1ft” was when I misread the objective marker on my radar and started exploring areas I was not supposed to be in. This happened more times than I would like to admit, as the 2D navigation tool is notoriously difficult at giving you directions in a 3D space. It doesn’t help that there was little explanation of what exactly I was supposed to do. Mission critical text is shown in the upper left hand of your visor in quick succession and Oshima never has an internal dialogue for you to listen to. As a commander, I understand she knows exactly what she was doing, but nobody was telling me what the hell was going on. 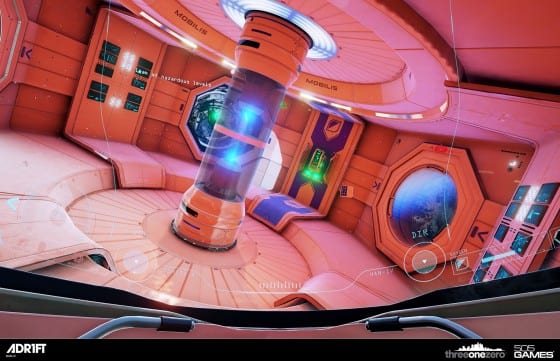 Thankfully, the controls are well designed, although they take a few physical liberties to make zero-g traversal a bit easier. The problem is that there was never any time to really show off any precision flight. Your objectives are all behind an identical set of rooms and barring the late game twist, you will know exactly where to go once you realize the meat of the game is the same objective repeated four different times.

“Adr1ft” was clearly made with the intention of showing off what the Occulus Rift can do and it is more than capable of doing that. I never grew tired of peering into outer space, floating aimlessly through the doomed installation. However, that sense of wonder needs to have a stronger narrative arc that what is being presented here. The plot threads you find scattered about are interesting on their own right, but there is an overall emptiness to the story. Perhaps this is reflective of the isolation you might feel as your struggle for survival in a vacuum, but as an interactive experience, it left me gasping for more. 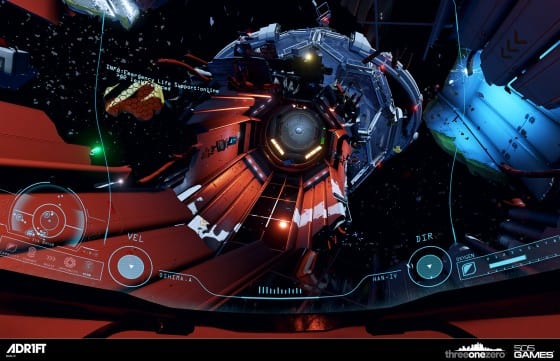