Fallout’s Automatron DLC is a robot enthusiast’s dream come true. Not only does this expansion add new robotic enemies to the Commonwealth, but it also provides you with a few quests to complete and the ability to create your own robotic buddies to do your dirty work. Robot arms, robot armor, robot repair kits, and even robot heads repurposed as guns for you to wield are waiting to be discovered, and once you do you’ll be left with an entire workshop of parts to play with. Sounds good? It is…to an extent.

Automatron offers four quests that begin when you help rescue a robot named Ada after her caravan is attacked by killer robots. You’ll learn of this crazed madman called the Mechanist who has released them into the wild and each quest you complete gets you one step closer to discovering his intentions, location, and secret identity. This storyline is rather straightforward, but it does offer interesting dialogue options that continue to give you control of the situation like past quests have done. You can choose to be sarcastic, caring, or a complete jerkface when chatting with these characters and even your final interaction with the Mechanist can depend on what you say. What’s more, you can choose whether to take Ada or one of your other companions with you as you complete each quest, allowing you stick your preferred method of combat or trying something new.

The two new locations you visit in your three hour journey are cleverly designed and add to the overall mechanic theme of this DLC. These cold, rusty, and metallic underground dungeons are filled with lore for you to discover too, so you can learn more about what horrible things transpired or simply stock up on loot along the way. Corridors are lined with new bits of robotic décor and traps that further increase the newness and danger of each location. The second dungeon you visit, for example, takes place in a building that you might have walked by several times. Once you enter it and discover what it’s truly hiding under the surface, you’ll be pleasantly surprised.

Besides just looking the part, these dungeons are filled with mechanical menaces just waiting to attack. These robots are essentially already existing ones like Protectrons, Assaultrons, and Sentry Bots but customized with new parts and weaponry meaning you won’t know how one attacks until it starts running (or wheeling) its way over to you. Some even look just plain scary and come adorned with human skulls and brains. What’s more, a lot of these robots have the tendency to blow up once they die and you don’t always know which ones do until you’re bending down to pick up some loot and see your character get blown to bits. In tight hallways this can lead to some precarious (and hilarious) situations and it happened to me so many times that I just got into the habit of running away as far as possible each time a robot went down. These walking time bombs truly increase the difficulty and are a welcome addition to the game.

As you defeat each robot, you can also pick up various parts to use when creating your own robotic companion. Ada, along with Codsworth, Curie, and any other robot you decide to build, can be customized from the ground up with the parts you find on your journey to stop the Mechanist. Make your robot move faster by giving it a Mr. Handy thruster, give it a Robobrain head if you like that sort of thing, or turn it into a walking turret gun. You can even customize their voice, personality, and paint job allowing you to make as many fully functioning Frankensteins as you want. The strange thing is, however, that once you complete the last quest, every robot part will be unlocked, essentially removing this potentially fun collective aspect of the DLC. 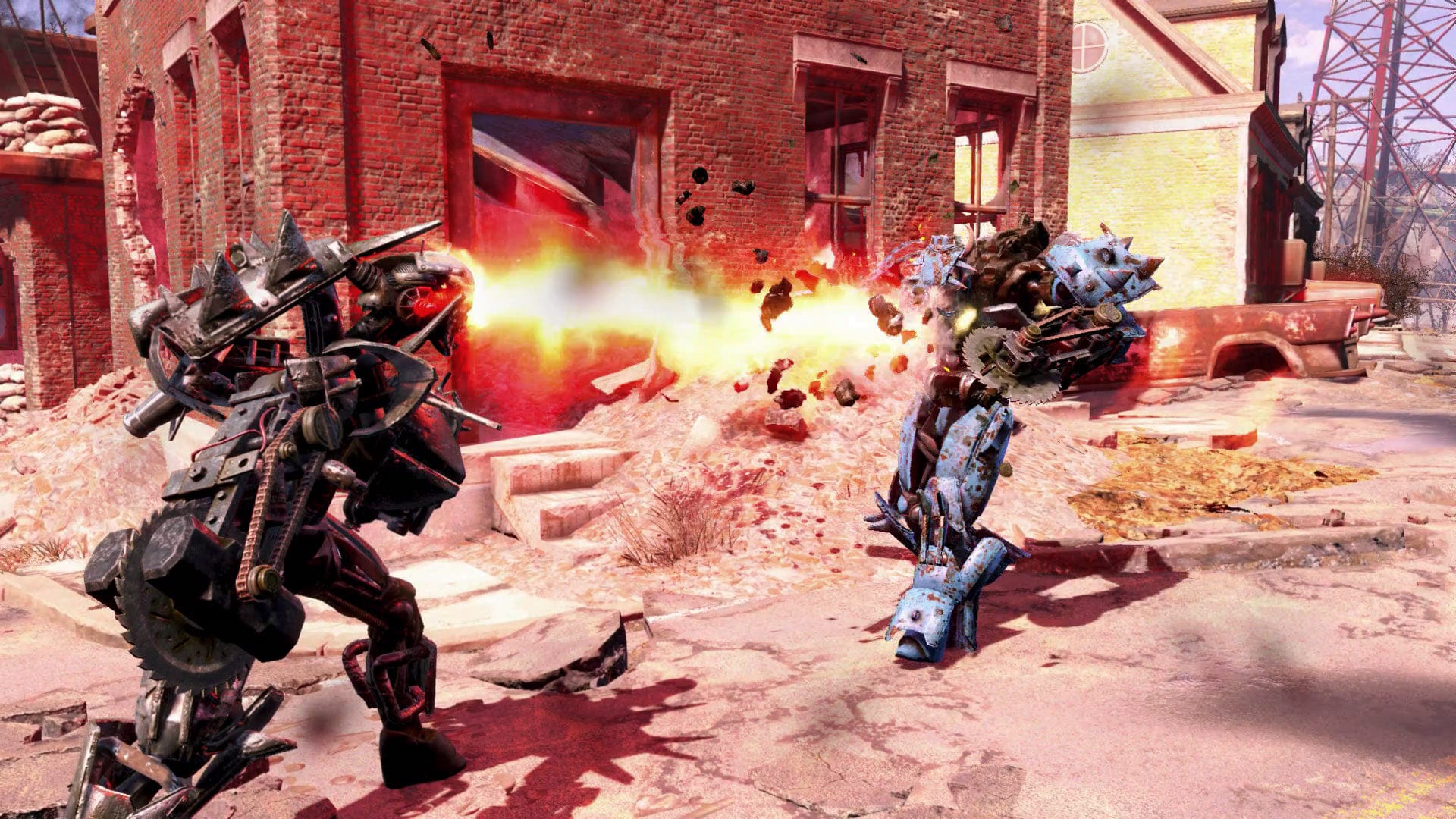 And that’s what can potentially plague Automatron. Once you finish all the quests and have every robot part at your disposal, you won’t have much to do unless you still have other main quests to complete. Considering this DLC came out when it did, many players probably already have cleared most of the game’s dungeons and quests, so all that’s left to do once you’re done is to play repeatable robot hunting missions that don’t offer any real substance besides just a few experience points.

The other issue is that not every part can be attached to your robot unless you have the required perk to mod it. Want to build the ultimate tesla robot with optimal defense and power? You better have the required science and armorer perks, otherwise you’ll be left with a workbench reject that can only do melee attacks. If your character already has these perks leveled up, then you’re in for a treat, but you’re otherwise limited and forced to change your usual play style if you weren’t already focusing on modding weapons and armor.

It may not be the perfect fit for players who have already maxed out everything and cleared every quest, but Automatron is definitely worth its price in what it offers. This short but surprisingly robust expansion gives you plenty of new toys to play with and makes the Commonwealth a far more dangerous place with its inclusion of formidable new enemies. You may not have much to do with all the robots you build, but maybe the real purpose of this DLC is to equip you for that long ride up to Far Harbor in a few months.

Fallout 4 is available for PlayStation 4, Xbox One, and PC. The game’s DLC was reviewed on PS4.