Focusing on the minute visual and performance customization of your cars, 2016’s “Need for Speed” on the PC is the spiritual successor to the “Underground” series. It borrows the mold of the recent “Need for Speed” reboots, placing the player in an open world city full of street racing events to take part in. This time around, however, developer Ghost has shoehorned in a story to add a better sense of progress to your previously aimless racing. When coupled with the excellent customization options, the cast of characters do add a great sense of personality to the arcade racer but when you start chipping away at the fresh coat of paint, a more shallow game starts to show its clunker of an engine. 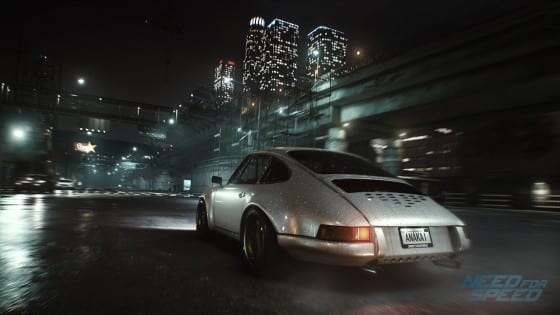 Taking place in the LA-like Ventura Bay, “Need for Speed” places you in the well worn shoes of a new racer to the city. What actions you chose to perform in the open world will determine what kind of Rep points you earn for your driver. Points can be earned in any of five ways: style, speed, crew, tune and outlaw. While most are self explanatory, the interesting ones like crew, which has you racing close to fellow drivers, and tune, that rewards your for performance boosts to your car, will keep you guessing how to best string together combo multipliers and increase your driver level. Each category also comes represented with particular characters that will give you special challenges the more you focus your driving. This cast is represented with “so bad its actually kind of good” full motion video, complete with hammed up line delivery, illogical diner meetups and glorious first person fist bumping. The highlight of these cinematic gems are when actual street racing legends make an appearance. It is straight up endearing when your haphazard crew finally gets to meet Ken Block or Akira Nakai and it makes any sort of gripes you may have had about the nonsensical story fade away. 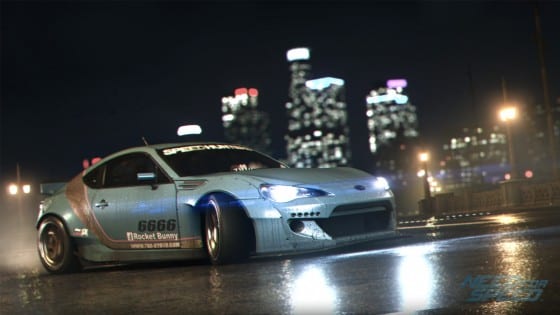 Most of your time in “Need for Speed” will be spent taking part in various street events. Your standard circuit and sprint races are interspersed with drift challenges and gymkhana courses. Unfortunately, the latter does not have the same level of fanfare as it did in the “Dirt” series, instead asking you to do the same thing as a normal drift race in a slightly altered route. What is even more frustrating is the overt rubber banding AI that always seemed to be at my tail no matter what deadly tuner I managed to show up in. Aside from your car actually being faster, you don’t get to feel any real progress when you are unable to shake off most drivers in every race. The cops also try to spoil the party every once in a while, but they rarely pose the same threat as with 2013’s “Need for Speed: Rivals.”

The streets are also littered with several other players benefiting from the “always online” aspect of “Need for Speed.” While this does let you admire other player’s builds, it also means you are utterly unable to pause the game at any point. So those unfortunate itches will have to wait as your try to desperately finish the last four miles of the 15 mile race you signed up for. Even more frustratingly, if you are in an active event you will remain in the same game world as the other players. Yes, you can invite them to join in the fun, but more often than not you will find some supped up Masda RX7 speeding at you on the wrong side of the highway as you try to complete what was sure to be an incredible drift run. It is a serious oversight by EA Games that hampers an overall enjoyable driving experience. 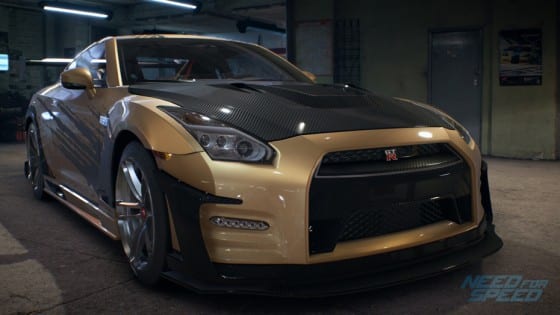 The original games have aged as well as the Sly Boogie track that dominated the soundtrack for “Underground 2.” While tuning your 2003 Mitsubishi Eclipse with a metallic purple finish and chrome orange rims might have seem like a good idea for 7th grade you, the concept of style has thankfully grown in the years since. The garage in “Need for Speed” lets your fully tune and color your babies to your liking, offering the most complete design suite in series history. Apart from the visual improvements you can make, a robust upgrade method can be applied under the hood, guiding your to tune your cars to either grip or drift modifications. However, the sharp angle turns and unpredictability of most of the races means you will favor drift more often than not, as the suffocating understeer in most grip configurations makes the cars undriveable.

While the selections of cars are not as extensive as something like Forza Motorsport 6, the curated selection gives you plenty to salivate over. Everything from classic American muscle, to Japanese tuners, to European supercars has a healthy representation. What is most interesting, however, is that that you can only own five cars at one time. While this does guide you to really focus on your cherished treasures, the game doesn’t throw you any favors when it gives you some incredible cars near the end game and you have to sell something you worked hours on so that it may fit in your collection. 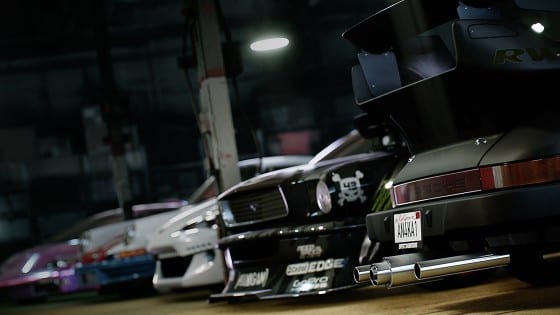 Much like the cars that roll out of your garage, “Need for Speed” is one good looking game. Maxed out at 1440p resolution, the details on the cars bodies were so good that Ghost felt confident enough to place them side by side with real actors; and it works. The game comfortably passes the across-the-room test, with individual raindrops dripping from spoilers and some of the best night driving effects I have ever seen. However, it seems the developers knew how good the game looked in the nighttime that there was no point in ever making day time hours. Certain areas are lit in some sort of early morning hue, but your experience will be cast in the neon tinted darkness of the longest night in gaming. And, as is the case with several new releases these days, I stumbled into a couple of game breaking crashes during my time with the game. I’m sure they will be patched sooner than not, but it is worth noting for early adopters.

Oozing with personality and personalization options to make any car nut go crazy, the revamped “Need for Speed” has a pretty chrome finish to distract you from mostly underwhelming gameplay. The stunning graphics and charming live action video do a fantastic job of showcasing the incredible customization garage, but having the game be always online for the repetitive races makes the package fall apart in the long run. If you are hungry for a tuner heavy, arcade street racing experience, “Need for Speed” certainly looks the part, but it hold up the back of the pack when compared to other games in the series. 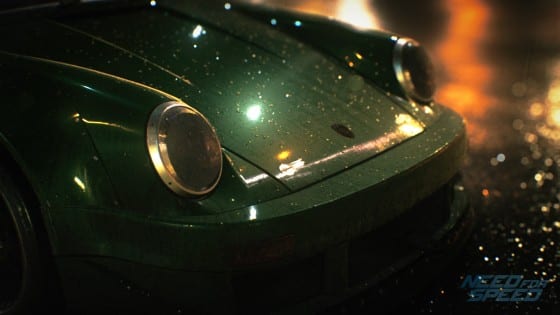