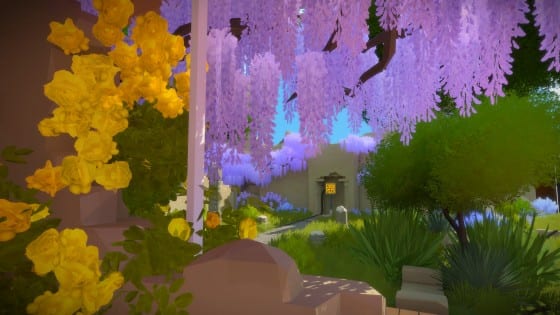 There is a confidence present in every inch of this game world that is both refreshing and eerily familiar. The sophomore effort from “Braid” developer Jonathan Blow is a carefully crafted puzzle experience that expects much more from its players than most games even dare ask. At times it made me want to bash my head into the wall, but from the moment I turned it on I never felt like putting it down.

It is hard to explain the concept of “The Witness” without it sounding mundane. You are placed on a mysterious island that has hundreds of strange panels scattered throughout. These panels all contain individual maze puzzles that lead to harder and harder puzzles once solved. Delving any deeper into the mechanics of these mazes can spoil the experience for you so I will stop here. That said, the puzzles always felt fair in a way most traditional puzzle games from the 90’s never did. There is never any need for backtracking or ridiculous solutions to seemingly logical problems. The only reason you will get frustrated while playing “The Witness” is that the answer is always right in front of you, you are just not seeing it in the right way. 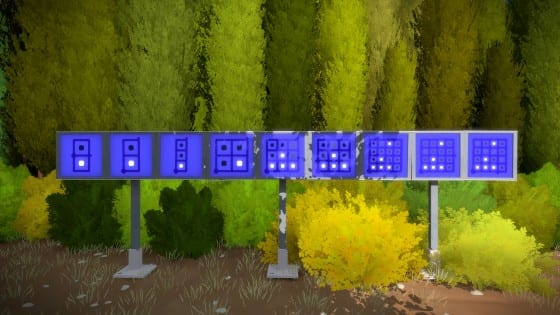 Unfortunately, there are points when guessing the wrong answer will cause that panel to turn off, and force you to go back and re-do the previous puzzles. When the mazes require you to visualize dozens of possible combinations to find the answer, this comes off as a cheap gimmick to make the game harder than it already is. It is also worth mentioning that certain puzzles require sound cues to figure them out, so you can rule this game out if you are impaired of hearing. The same goes with any sort of color blindness as the slightest variations in colors means a huge difference in the right answer.

However, what was most impressive is that the game never said anything to me. Anytime you are faced with a new concept you will be taught how it works through pure game design. The game makes sure you get how a certain symbol works through trial and error on a very simple maze before carefully increasing the difficulty. There is no text or helpful hints that pop up if you have been stuck for too long. This utter lack of hand-holding is a testament to how well designed “The Witness” is and the rewards come from being able to decipher what the game is trying to tell you all on your own. 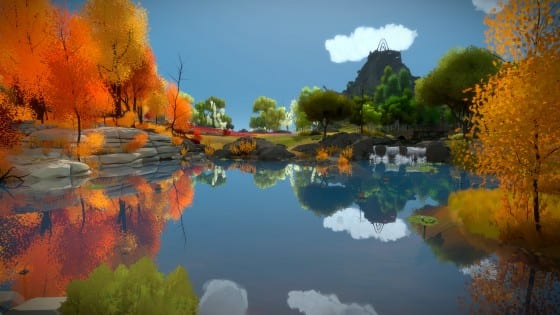 This careful attention to detail continues throughout the entire experience. The island you are seemingly stranded on is rendered in a colorful art style that borders the line between realistic and comical. It is focused to the point that you are encouraged to look at every object in the world as they might contain clues to what the story might be. There are statues layered throughout the different environments, suggesting that the empty world you are roaming was once alive. Yet, to say “The Witness” even has a story seems a bit bold. I am not afraid to say that the concepts explored went over my head a few times, especially since the narrative is presented through quotes by famous scientists on voice recorders hidden in different parts of the island. At its best it is a study on video games as art and exactly why we subject ourselves to solving problems in a fake world. At its worst, it can be a high and mighty ramble about scientific thought and the naivety of those that don’t submit themselves to it. It is hard to say. 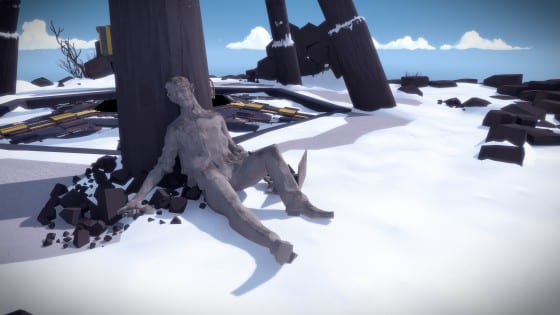 Undoubtedly, though, the highlight of the presentation is the sound design. Solving puzzles by the beach is accompanied by the crashing of the waves and your feet on the sand, while walking down a dark tunnel will bring forth the expected echo. The game does not have a soundtrack as a testament to just how good an atmosphere is created by the ambient sounds alone.

I have no doubt in my mind that “The Witness” is one of the most unique video games in years. Despite being woven from the same cloth as the “Myst” games (often times giving the 1993 pioneer a clever nod), Blow’s second independent release is almost alienating in how different it is. While “Braid” re-imagined the stalwart trope of the knight saving the princess with familiar platforming mechanics, “The Witness” plays by its own set of rules, never coddling to its audience. If you don’t get it, you can’t keep playing, it’s that simple. 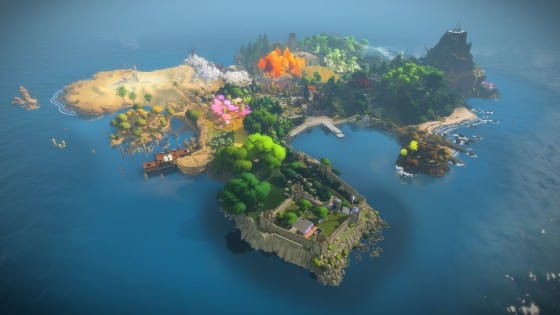 These are the cases when I hate that I have to score games. “The Witness,” mechanically, is a near perfect game, but it is not for everyone. When you break it down, every part of this game is laser focused and achieved with incredibly high production values. But as a package it is a very divisive experience. It is insanely hard, very full of itself, and comes off as an “oh you just don’t get it” kind of art project. However, though it might be standoffish at times, “The Witness” is a triumphantly personal work by one of the few auteurs in the video game industry.

'The Witness' Review: Synaptic Connections
"The Witness" is an unapologetic, confident experience that expects much more from its players than most games even dare ask.
Sound
Visuals
Story
Gameplay
Lasting Appeal
What Worked
What Didn't Work
2016-02-01
4.5Overall Score
Reader Rating: (0 Votes)