There were many great games showcased at PAX Prime this past weekend in Seattle, Washington.

Because of these games, from the highly anticipated “Halo 5: Guardians, to “Street Fighter 5”, “Tearaway”, “Assassin’s Creed Syndicate” and many more, spectators were captivated. PAX Prime did not disappoint.

However, it was the more obscure games that truly shined in the midst of all the organized chaos of hype.

That game was “Clandestine”, which has been an early access game on Steam since October 2014. 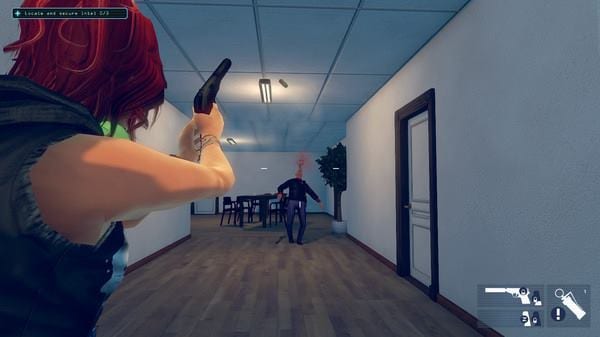 Developed by the indie developer Logic Artists, who employs 16 people and is based in København, Denmark, “Clandestine” offers players a unique, “Mission Impossible”-like experience.

“So, it’s a two-player, asymmetrical co-op game,” said Jonas Waever, Creative Director. “It’s sort of a spy thriller set in 1996. One player is a spy and the other is a hacker. So, one player has the boots on the ground and plays the game in a third-person, over-the-shoulder stealth game, while the other player is sitting back in the van with a grand overview on all the equipment – and they see it in, like, a 2D interfaced game.”

“Clandestine”, which has been in development for about two and a half years, features a single player campaign mode where the gamer can switch between the hacker and spy throughout the missions. However, the latter player cannot function without the former. The hacker is tasked with the job of guiding the spy through the enemy’s base and being their ‘eyes and ears’ during the missions. But the objectives from the hacker’s point-of-view are much more complex than one might expect.

“When you’re playing as the hacker, it’s very much a support role. So, what you’re doing is very much tied to what the spy is doing; you’ll want to make sure that you’re always aware of the spy’s situations,” said Waever. “You’ll be able to get out ahead of them, disable the cameras and make sure that [trip] lasers go off at the right time so that, if the spy manages to trigger an alarm, you’ll be able to quickly disable it before it goes off.” 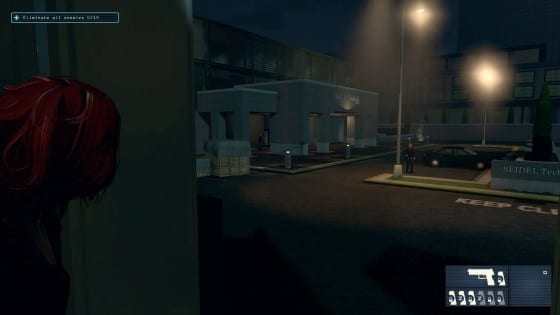 It doesn’t stop there for the hacker, however, as they are also tasked with their own personal objectives while the spy is infiltrating the enemy base.

So far, “Clandestine” has received mostly positive feedback from the Steam community during its early-access phase. One of the primary reasons the feedback isn’t more positive is due to the lack of any plot elements.

“It has been getting mostly positive scores; although people generally agree that it’s not currently worth the asking price. But that’s obviously because the storyline missions aren’t in there,” said Waever. “It has like five missions, so not that much, but once we get the whole storyline in there with an HQ and characters you can talk to, I think it will do great.”

Logic Artist’s “Clandestine” has a tentative release date towards the end of the month, and we couldn’t be more excited to try out this thriller.