This weekend, I got the chance to check out some of Comic-Con’s biggest games at both the Xbox and Nintendo game lounges. Needless to say, there were plenty of great games this year from all of the first party developers. Some titles, however, left a bigger impression than others. Here are the top three games I encountered at the Con and why:

“Fable Legends” offers an experience that steers far away from past “Fable” games. While many of the past installments placed the player in a third-person perspective and gave them choices to affect the player along a path of good or evil, Lionhead Studios decided to introduce a slightly new way of approaching the plot line.

“Now, in previous games, the option to play evil was to essentially play a good guy through the main story but to be kind of a dick,” said David Eckelberry, game director. “In ‘Fable Legends’, the experience we’re giving you is something completely different. The villain gets to look at the world from a top-down perspective. He controls all the creatures, traps and spells that these four heroes are playing against. So [during the match], it’s four heroes against one villain.”

This innovative way of introducing the newest iteration in the “Fable” series paid off, as it was truly challenging to evade all of the creatures the villain was throwing at me and my other three compatriots. The enemy inflicted chaos on us all by instantly placing walls on the map to separate our forces from helping each other.

“The previous ‘Fable’ games have all focused on playing basically one hero through the twilight of an age of heroes,” said Eckelberry. “The other thing we’re doing here from the gameplay perspective is to open up the opportunity for you to play with your friends. In ‘Fable Legends’, you’ll have the option to play along with four different heroes and play cooperatively [against a villain].”

“Fable Legends” truly left an impression on me as one of the best games at the Xbox lounge. It will also feature online multiplayer –one of the few games in the series to have that option- and is set to release on Oct. 16 for Xbox One and Microsoft Windows. 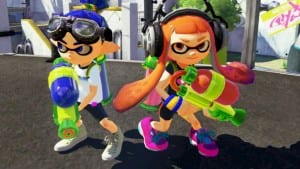 My initial visit to the Nintendo lounge concluded with only two things on my mind: squids and ink. Many avid Nintendo fans flocked to the “Splatoon” (arguably the most popular game at the lounge) demo booths on Nintendo’s show floor, with myself following close behind them.

After playing a total of three rounds (and unfortunately losing the match), I found myself feeling comfortable with the controls, despite my gripes with the Wii U controller. This was one of the draws to the game: the simplicity of it.

Many first-person shooter games like “Call of Duty” and “Halo” involve fast-paced, intense matches. However, “Splatoon” makes its case as a truly unique game within the shooting game genre simply through its goal.

“It’s this action-shooter where the objective isn’t necessarily to splat your opponents, but instead you have to spray as much turf with ink as possible,” said Corey Olcsvary from Nintendo Treehouse. “So you got these kind of chaotic matches where you have ink guns and rollers to ink as much territory as possible in three minutes during a four-on-four player match.”

Of course, “Splatoon” has been out on store shelves for a while now, but that did not detract from my appreciation for its creativity. In a genre that is comprised largely of guns and bullets, Nintendo’s ink shooter has brought a refreshing new take to the video game industry.

The simplicity, creativity and charisma of “Splatoon” kept me coming back for more, and it still serves as a great incentive to purchase a Wii U for all avid and non-Nintendo fans. 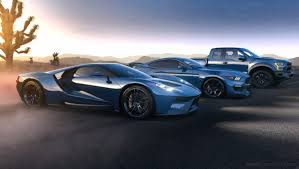 Before you use the argument, “If you’ve played one Forza, you’ve played them all,” let me explain the allure of the newest addition to the “Forza” series.

As a fan of racing games ranging from “Cruis’n USA” (Nintendo 64) to “Gran Turismo”, I had high expectations for Turn 10’s “Forza Motorsport 6” demo booth at the Xbox lounge.

One exciting change I noticed is that “Motorsport 6” has more options for fine-tuning my car than in the past games. Turn 10 has gone so far as to change the way the weather works, too.

“You can race in the rain for the first time. You can also tune your cars, paint, customize and make them the way you want them to be,” said Brian Ekberg, community manager at Turn 10. “You can take photographs with them and basically express what you love about cars in your own way in ‘Forza 6’.”

In an effort to make the game feel realistic, the weather conditions will dictate how the car will handle.

“If you play it [during stormy weather in the game], you’ll start to feel your car losing traction, especially when driving through puddles,” said Ekberg. “As you move left and right, the rain droplets will move left and right with the motion of the car. We also got night racing, which hasn’t been in the game since 2005. It’s the same type of deal. We wanted to make sure that it felt like night depending on the course selected by the player.”

“Forza Motorsport 6” will release exclusively for the Xbox One on Sept. 15.