Róisín Murphy revels in being unpredictable. Her twenty-year career has been largely directed by her own instincts, resulting in a catalogue that is both innovative and seem 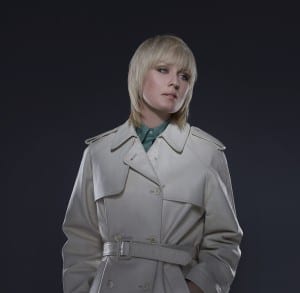 Murphy’s first venture into the music industry came in 1994. That year, she met producer Mark Brydon at a party, and the two formed Moloko, a dance-pop due that would remain active for almost a decade. The funk-inspired dance-track “Sing it Back,” a single from the 1998 record I am Not a Doctor, brought the group perhaps their highest level of recognition in the UK and beyond. In 2003, the pair ended both their romantic and musical partnership, but managed to release their fourth and final record, Statues.

Murphy’s next professional partnership would be with British musician Matthew Herbert, who produced Murphy’s first solo album, the 2005 “Ruby Blue.” The album was filled with samples created using everyday objects, mostly Murphy’s personal belongings- the artist was becoming more aware of her own personal style, and letting her personality show in her songs even more so than during the days of Moloko.

Her second solo record, Overpowered, came in 2008. With this endeavor, Murphy herself was exclusively behind the wheel, calling all the artistic shots and personally selecting the individuals who helped her with her project. She stepped up the theatrical nature of her live shows, introducing more elaborate staging and costumes than ever before. The experience was exhilarating for Murphy, but also exhausting. Between 2008 and 2012, she released little new material.

In 2014, she surprised listeners with the release of Mi Senti, which contained mostly covers and was sung in Italian. At once both electronic and intimate, Mi Senti paid homage to disco but harkened back in tone to an even earlier time. It showed, perhaps even more than any of her other endeavors, Murphy’s dedication to doing the unexpected.

Murphy released her latest album on May 12 of this year. Hairless Toys displays her literacy in dance-pop while weaving in plenty of other influences, all held together by Murphy’s unique take on the genre. The album was produced by Eddie Stevens, who Murphy has worked with during live performances since 1997. The two wrote the album during 5 weeks of close collaboration in Stevens’ studio, an effort that resulted in over thirty songs, 8 of which made the final cut for Hairless Toys. Steven’s sense of instrumentation and his ability to interact with Murphy’s own creative force helped to give Hairless Toys its startlingly unique sound- with this album, the inventive hooks and unexpected musical influences just keep coming.

The album seems like the culmination of Murphy’s career so far. She seems to be settled into her own artistic identity, yet the songs remain engaging, as the artist offers up lyrics that are open to interpretation. “Evil Eyes,” a notable single, and its corresponding video are indebted to funk, with a pulsing bass and steady rhythm section, but a sense of sharp modernity shines through in its layered, breathy vocals.

While the album’s beats are frantic, Murphy’s voice is calm, even sultry, with hypnotizing results. Her delivery seems to betray a well-earned confidence, both in the influences that helped lead her to her present position and the creative individualism that did just as much.

The artist who is, in her own words, “attracted to weirdoes” has mastered the art of making weirdness attractive.