Search
Home
Entertainment
Photo Credit: YouTube
Okay, The Pats just took the Superbowl championship and you’re pretty hung over ’round about now. Not to mention the fact that you’ve been snowed in for what seems like months.  You’re getting just a tad stir crazy. The kids are home from school. You’ve missed four days of work so far and you shudder at the thought of what your next paycheck is going to look like at this juncture.  I’d say that now is a good time to pull out the heavy artillery with regard to keeping your sanity intact.  You need movies.
Not movies you’ve been watching over and over again for the past couple of years. Even better would be entertaining films that you may have never even heard of, and that you won’t have to pay for. Well, say no more. Right now, as you read this, there are at least five good movies you can watch right here on your friendly at-home internet. Actually, there are dozens of them.  Some of my favorites can be found on YouTube’s Classic Movie collection.  There you can find dozens of titles of old black & white films from the ’30s, ’40s and ’50s.
Another website where you can find scores of free classic movies is FreeClassicMovies.com. Below I have listed five of my favorite free movie picks from these sites.  So, after you’ve awakened from your drunken Patriots stupor and have pulled yourself together (for crying out loud), take time to enjoy what’s remaining of your at home leisure. Check out the list below and take in a few free movies.
Here is the first:
LOVE WITH THE PROPER STRANGER (1963) – Youtube
Starring Steve McQueen and Natalie Wood (Wow! and Wow!)
This charming love story was released on Christmas day, 1963. Fans of New York City will love the Manhattan scenery, including actual shots of 34th Street’s famed Macy’s department store.
“Proper Stranger” is a New York/Italian thing. Natalie Wood stars as Angie Rossini who works as a sales clerk at Macy’s. She lives in a small New York apartment with her mother (a widow) and her three well-meaning but stifling brothers who are set on marrying her off to a portly and clumsy man that she finds undesirable. Angie had a fling with a musician named Rocky Papasano (McQueen) and soon realizes that she is pregnant. Rocky, a playboy who doesn’t even remember who Angie is, agrees to help Angie come up with abortion money.  But much more ensues between them after Rocky ushers her out of the back alley abortion set-up, refusing to allow her to endure such a life-threatening indignity.
Even though this film was nominated for five Academy Awards, it doesn’t seem to have attained film-classic glory.  The average person I speak to has never seen it or barely remembers it, but I can assure you this film is an enchanting winner.  It’s broken down into 11 parts on YouTube so you’ll have to be patient with clicking on to the next installment, but it’s worth your time and effort.  Catch it on YouTube!
https://www.youtube.com/watch?v=iTf3tx2ixn8 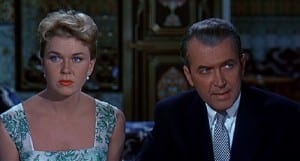 Photo Credit: yesterhair.wordpress.com
THE MAN WHO KNEW TO MUCH (1956)
This Alfred Hitchcock classic suspense thriller won an Academy Award for Best Song for Doris Day’s signature melody “Whatever Will Be, Will Be (Que Sera, Sera)”. It comes to you for free via FreeClassicMovies.com, and stars Doris Day alongside Jimmy Stewart.  They star as a couple on vacation in Morocco who stumble across information about an assassination plot.  Their son is subsequently kidnapped to keep them from talking.
The budget for this film was $1.2 million and it grossed $11.333 million.  Nice profit.
http://free-classic-movies.com/movies/1935-The-Man-Who-Knew-Too-Much/
THE JACKIE ROBINSON STORY (1950)
Starring baseball legend Jackie Robinson as himself. (Say Whuh!!!)
Well, who knew?  A few years ago, we watched Chadwick Boseman star as the legendary pride of Brooklyn, Jackie Robinson. But we didn’t know that Robinson’s tale had already been told decades prior during his heyday, and he (Robinson) actually portrayed himself.  The late Ruby Dee co-starred as his wife Rae Robinson.
While the film was controversial for its time, it was well-received and fared well at the box office. It is indeed an entertaining watch when you consider the tumultuous era that it was produced in. Pop open a few cold ones and call in your Patriots crew for more sports-related entertainment and drunken debauchery while in the privacy of your own home.
OUT OF DARKNESS  (1994)
Famed Motown singer Diana Ross really shined in this ABC made-for-TV-film about a young woman named Paulie Cooper. Paulie is a young medical student in the prime of her life who is suddenly stricken with debilitating Schizophrenia which utterly destroys her mind and any chance of a normal life.
Parts of this story are utterly heartbreaking, but I beseech you to get to YouTube to see the film, as I choose not to deliver any spoilers.  The film was produced twenty years ago to shed light on this dreaded disease.  It’s definitely a film you shouldn’t miss. See the entire film on You Tube.
https://www.youtube.com/watch?v=xjX4bNiyKZE 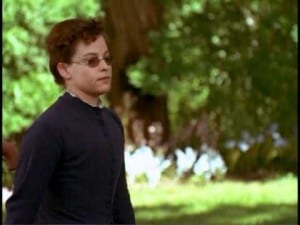 Photo Credit: YouTube
THE MIRACLE WORKER (2000)
Starring Lucas Black, Hallie Kate Eisenberg, David Strathairn and Alison Elliott
“The Miracle Worker” is the true-life story of Helen Keller, a young blind-deaf-mute girl who is thought to be unteachable and unreachable until Anne Sullivan arrives, and, via an unyielding determination, fashions the child into a genteel scholar.
While it was the 1962 Academy Award winning film that brought this true-life story into the hearts and minds of the global community, it also served to spawn at least two other versions of this story.  The 1962 original starred Ann Bancroft as Anne Sullivan and Patty Duke as Helen Keller, and it took home two Academy Awards. Anne Bancroft won for Best Actress and Patty Duke won for Best Supporting Actress.
Years later, an entirely new generation was able to see a rather enjoyable new made-for-TV version starring a young Melissa Gilbert as Helen Keller, and, in a timely turnabout, it was Patty Duke who now shined in the role of teacher Anne Sullivan.  This version, I must say, was as entertaining as the original and took an Emmy award for Outstanding Drama.
Then, in 2000, little Hallie Kate Eisenberg starred as Helen alongside Alison Elliott as Anne Sullivan. While this version remains my least favorite, many will still enjoy this millennial version of the beloved true-life story of a woman who triumphed against overwhelming odds to deliver a child from the depths of darkness.
You can catch The Miracle Worker 2000 on YouTube.