Los Angeles-based synthpop trio Wildcat! Wildcat! is coming to Boston on Nov. 21. The band will taking their No Moon At All tour to Allston’s Great Scott. Since releasing their debut album, No Moon At All, the trio comprised of bassist Jesse Taylor, drummer Jesse Carmichael and keyboardist Michael Wilson–all of whom contribute vocals–has been touring the U.S. with supporting act Sun Club. 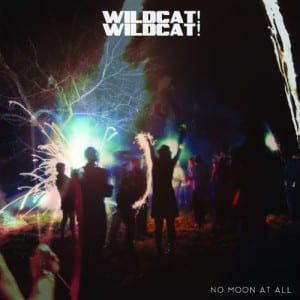 No Moon at All, the debut album of American synthpop band Wildcat! Wildcat! released August 2014.

For those who may not know of Wildcat! Wildcat!, the band has been featured on NPR’s World Cafe and opened for English indie-rock band alt-J for the Western U.S. leg of alt-j’s tour in 2012. Though they only released their debut album this past August, the trio dropped a number of singles and a few EPs in the past two years, and went on to play South by Southwest in 2013. Certainly, this is a group to keep your eye on in the future; it seems evident that if they continue on the path they’ve carved so far, Taylor, Carmichael and Wilson are sure to go far.