Following the release of their new album Hydra earlier this year, the Dutch metal band Within Temptation launched their tour in the U.S. with the supporting act Amaranthe. Blast’s Sinan Pehlivanoglu caught up with the band in their final stop in Worcester and witnessed yet another great show. Be sure to check out the interview below. 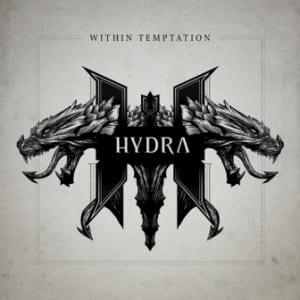 Within Temptation finished their US tour for their new album Hydra at the Palladium in Worcester.

Within Temptation came out strong, rocking the stage with the song “Paradise (What about us?)” from Hydra, after their short video “Dragon”. Though they played their famous song, “Faster”, the band featured many of their new tracks such as “Let Us Burn” and “Edge of the world”.

But before long, the band returned to their classics, playing crowd-favorite “Stand My Ground”.  At this point, nearly all of the audience was singing along, as loud as they could. This made it difficult to hear the lead singer, Sharon den Adel, at times, but the audience couldn’t help themselves. Next, the band performed a cover of Lana Del Rey’s “Summertime Sadness” followed by the original track, “Stand my Ground”.  At this point, den Adel invited a 10-year-old girl to the stage to dance along with the band, but the girl was so shocked that she could hardly move once on stage.

The show continued with some tracks including some from the latest album, like “Iron” and “Dangerous”. As Xzibit (yes—the rapper) and Howard Jones of Killswitch Engage were not there to join the songs, their parts were played from tape. The band continued to show with other famous songs including “Angels”, “What Have You Done” and “Mother Earth”. After a short encore they finished off with “Covered with Roses”, “Ice Queen” and “Stairway to the Skies”.

To talk about the stage briefly, the band had fragments of LED screens that played their music videos throughout the songs. There were two hydra heads visible, at the top of the stage, printed on a flag-like material. Front-women den Adel really liked the atmosphere of the Palladiu” and took some time to praise the ambiance and how cool it feel to play in the venue, which almost has the feel of an old opera house.

Blast Magazine: How is the tour going? This is the last stop right?

Sharon den Adel: It has been crazy. We have been well received and I am so happy how it all turned out. You can never know when you get to the venue, because some people are like late in getting the tickets and you are like, “oh, there are a lot of tickets left”. But every show on this tour was almost sold out.

Blast: In the album, Hydra, there have been a lot of featured artists and the most unexpected one was probably Xzibit. Who came up with that idea?

den Adel: Robert [Westerholt] mostly came up with the idea of Xzibit. You know our band always changed with every album but we never did rap, we never thought that would be an option. Like me rapping? [laughs] So yeah, from the given perspective, if someone would come in and rap with us, that would actually be a cool thing, we thought. And while we were working on the process we had five songs, that didn’t work out and then this song, I wrote this song. We thought it might work, because we need to rap like blah blah blah blah, actually it is a really cool idea. And one of our favorite songs from the old times is from Aerosmith and Run DMC. It is a really good song, ground breaking. We wanted to break down the walls between two genres. You know nobody ever thought they would merge in this way. We thought if they can do it, we can do it, or at least try. Everybody called us crazy when we said we would try. Like, “why do you want to do that, you are gonna lose all your fans, they will hate you” and we were like, “we don’t care it is interesting, let’s do it” [laughs]. You know, we, as the metal fans, separate each other from [others] who do not understand metal. I must say that our fans responded really well. Of course first time, when they heard the name, everyone was like “ahhhhh.” And then everybody turned around when they heard the song, well not everybody but a lot people really appreciated it. And I must say in America, everybody starts clapping when we start playing this song. We are really happy.

Blast: Do you like the reaction you have received so far?

Blast: What is the best memory from the recording process?

den Adel: It is always the same. It is when you write the song and play it out loud. You are like, “yeah, we got one.” That is the best feeling, it addictive also. That is what keeps us going, we always want to make the best.

Blast: Anything you particularly did different in this album? In the sound, the recording process etc.?

den Adel: The sound changed of course, it became more guitar-oriented and I think also [there were] some changes in the tempo. When we were doing Hydra we actually did two albums, we did the cover album and Hydra itself. The thing is we got a little bit inspired, not inspired, I think that is the wrong word for it but we learned a lot from the cover songs we did. The old, upbeat, also some pop songs. But we transposed them to be more metal or rock like and doing that we learned a lot about how things work with tempos. Because in the past we had a lot of trouble writing up-tempo songs. I am really happy it worked out this way, because we never thought we would have those heavy, up tempo songs and this is the first album that it worked out this way.

Blast: You are from Europe, so symphonic metal is understandable, but who were your influences that pushed you to this more melodic genre?

den Adel: You know the strange thing is, we all liked different kind of things. If I look at myself, I am really from the background where I love Nirvana and Tori Amos. What inspired me is that the rock-kind of emotion and very confronting emotions, that was the thing that triggered me. Of course how [Amos] played the piano and it was just brutal. Emotion is the biggest key to this. If you have that, people will feel connected to you. Otherwise you cannot take it to the next level. I grew up with bands around me, because my parents had music [on] all night. Deep Purple, Santana, but also pop music, like Queen for instance. So I had a range of music around me daily, always. Music was my life. But you know Jeroen [van Veen] likes Rush, he grew up with Rush. Ruud [Jolie] loves Iron Maiden. Stephan [Helleblad] is [into] Iron maiden but also other bands. Everybody had their musical background and if you merge everything into one, something comes out.

Blast: How would you compare Holland to US?

den Adel: Everything is bigger here. [Laughs] I mean there are differences, not necessarily always better, but I appreciate America for what it is. I think what is good about [the] U.S. is that you can have a really nice conversation with a complete stranger and it can happen really fast. I mean in our hometown of course they will give you directions if you need them, but going from A to Z. I mean you can learn someone’s life story here in [the] metro.

Blast: Are you thinking of starting a fan club, or doing VIP stuff for the shows?

den Adel designs many of the costumes for the band’s music videos and concerts. Media credit to metal-ways.com

den Adel: We do have a fan club but…VIP, it more happens with contests from labels, organization companies, promoters of the tour of course. But I must say that I find it difficult to give VIP tickets. See people can buy regular ticket or they can pay a massive amount of money to have a VIP ticket. It is really popular; a lot of bands do that. But I feel bad doing that ‘cause everybody is equal, just get everybody in.

Blast: Are still keeping up the design stuff?

den Adel: Yeah, I am working with a designer. He does a lot of fun stuff. He is the best in men’s clothing, and then we do rock and roll stuff. He is influenced by the Ramones’ rock and roll kind of attitude. Beautiful. But when it comes to dresses…. I like it to be feminine. His is taste is quite male dominated. I need to have corset and then a shape, not like straight [laughs]. So yeah, we work it out together, he comes to my house, I go to his. Although we live like three hours of drive from each other, quite a long drive. But its fun, he is a young guy with an old spirit and we can just talk about all kind of things. Movies, music and everything.

Blast: As a woman in metal, do you think women in metal should show their feminine side or have a strong masculine image to fit in the genre?

den Adel: I think that many of the female fronted bands are trying to be male-like. I don’t like it that much. I think it is good to see, I can make a difference as a woman and as a female, I don’t think you should try to be something you are not. Though it is cool to be the tough lady in metal, but I think the contrast between the cool guy and the girl would work out fine.

Blast: So what is next? Are you gonna rest?

den Adel: No we have four days off, and I am gonna do nothing, because most probably I will be jetlagged and then we go to Japan to get even worse jetlag [laughs].