After the commercial and artistic success of “Mylo Xyloto”, it was going to take a seriously good record to follow in its footsteps. After three years of anticipation, Coldplay fans were treated to “Ghost Stories”, a nine track album (12 tracks if you purchase the Target bonus track album which I am reviewing) featuring the previously released hit singles “Magic” and “A Sky Full of Stars”. After watching their TV special which aired this past Sunday on NBC, I was eager to go out and experience the album in full. “Ghost Stories” in my opinion was well worth the wait.

It’s a slower album compared to its predecessor, with darker and more somber tones. More reminiscent of “X&Y”, it follows in Coldplay’s historical pattern of alternating between upbeat records like “Viva La Vida” and slower ones like “Parachutes”. The album cover art follows their usual template of an image on the front that defines the album (in this case it is a pair of feathery angel wings with intricate designs depicting love and heartache masterfully woven through). This album is a bold musical experiment and a successful one at that. 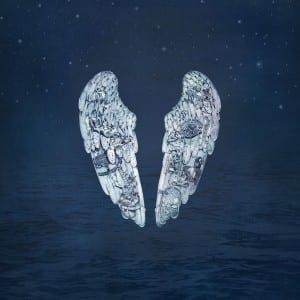 The highlights of the album are unarguably the catchy “Magic”, the cynical breakup anthem “True Love”, the ethereal and haunting electronic track “Midnight”, “Another’s Arms” (which reminded me a lot of Duran Duran’s “Come Undone”, with the consistent soft beat and high pitched female vocals in the chorus), and what is sure to become a staple at their concerts “A Sky Full Of Stars” (because it’s impossible to listen to it without wanting to dance). The track “Oceans” probably won’t get much airplay on the radio because it isn’t hit material, but I want to mention it here because although it’s quite simple (just Chris Martin singing with an acoustic accompaniment), there is something melodically beautiful about it. It’s reminiscent of late nights on the beach and starry skies, and I know it’s going to become a personal favorite. There really isn’t a bad track on this album—all the songs are well crafted and can easily stand on their own as solid creations. I also would highly recommend buying the bonus track version because the extra songs “Your Friends” and “Ghost Story” are absolutely worth it.

“Magic” is an easy tune to sing along to, with an intriguing music video to accompany it about a budding magician who rescues the girl he has a crush on from an abusive relationship by mastering his powers. Coldplay has a knack for producing memorable videos with developed storylines and very original set design (think “Paradise” or “Strawberry Swing”). More than being just visual representations of the songs, they are almost like short movies with the sheer amount of detail that goes into producing them.

“Midnight” is such a drastic departure from anything the band has ever made before, which is why it deserves some analysis. The vocals appear to have been run through a synthesizer, giving them a ghostly tinge. The music is solely electronic—none of their usual instruments are used. While starting out almost as a funeral drone, it slowly builds power, until it reaches a laser fueled crescendo roughly three minutes into the song.

The pop hit of the album is definitely “A Sky Full of Stars”. It has catchy lyrics but the strength of the song lies in the upbeat dance breaks following the chorus. The effervescent style and almost magical feel reminds me a lot of “Paradise”, and is sure to make it their next entry on the music charts.

It isn’t hard to tell that the widely publicized split between lead singer Chris Martin and his wife actress Gwyneth Paltrow had a slight creative effect on the album, and inspired the material for the lyrics on a few tracks. But rather than dominate the album and turn it into a sappy collection of breakup songs, it had a more subtle influence. While it is true that lyrically most of the songs are about the darker side of love, and the pain of heartache, relationship angst is more of a theme rather than the only topic of the album.

One of the best things about Coldplay is that they are such a versatile band. They can experiment with various styles and instruments and lyrics, while still managing to keep their unique sound. That is the measure of a great band, and this album really highlights their talent for flexibility. There are no doubt going to be critics that will argue that this album is Coldplay “selling out” to the predominant sound of today’s music scene (which is currently EDM/house music), but I would argue that this album is 100 percent Coldplay. The sound production and music design is superb and each track is masterfully refined. The one weakness of the album is the lyrics, which somehow lack the creativity and poeticism that was present on previous albums, and can be a bit repetitive. With that being said, “Ghost Stories” is still a strong album that will carve out its own niche in Coldplay’s diverse discography.