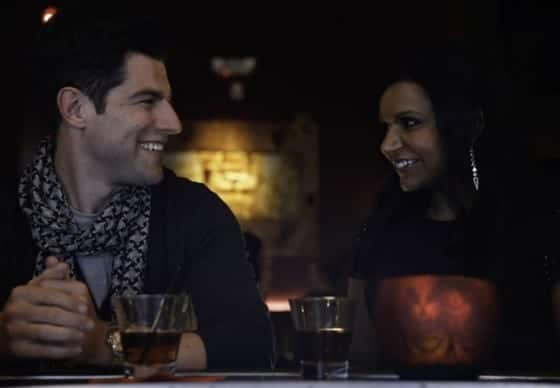 Since returning from a hiatus which seemed to go on forever, The Mindy Project has done nothing but excel in quality episodes. The storylines are good, the dialogue is clever, and the character development is strengthening. However, tonight’s episode “Think Like A Peter” left me feeling very irritated with a certain main character. Danny Castellano, I’m looking at you.

For the first couple weeks we were treated to four episodes rather than the usual two. Fans everywhere rejoiced as Mindy and Danny decided to give an actual relationship a try. That is, until Danny got cold feet and decided that their friendship was too important to risk. I understand where he’s coming from, but this episode reinforced exactly how wrong that decision was for him to make. Here’s the thing he didn’t factor into the equation, once you’ve dated, things can never really be the same. Especially when a loss of feelings wasn’t the cause for the demise of a relationship. We watch him throughout this episode slowly discovering that things aren’t going to be the same. He effectively lost a really good friend in his pathetic attempt at keeping her. Nice going, Castellano. The one good relationship you’ve had and you shattered it.

On the bright side this has given us the opportunity to see Peter and Mindy continue to bond. We finally get to delve into his character, which is something I’ve been waiting for since his first appearance on the show. We’re shown that he is more than just this perverted guy, who looks surprisingly adorable in sailor hats. Their friendship is oddly satisfying, their banter witty, and their moments together adorable. In this episode, much like the previous, we get to see him protecting her. I really hope that this friendship is something the show continues to explore. Mindy Kaling and Adam Pally are a force to be reckoned with.

One of the minor plots woven into this episode is the relationship between Morgan and Tamra. That storyline is something that I’ve been waiting for them to develop. This episode is the first glimpse we get that Morgan’s crush is no longer unrequited. But of course, leave it to Danny to force himself into the situation and ruin the relationship before it even really gets a chance to begin. I’m not sure how many of my fellow TMP fans pay attention to that pairing, but I’m sure there are a few. It frustrated me that his choice to destroy his own office relationship has now made him an expert in his own mind. While I do somewhat agree that having a relationship with someone you work with is tricky, it won’t always have some devastating conclusion. And Danny giving advice to Tamra solely based on his own fears isn’t okay. I do love seeing Josh Peck, who plays Tamra’s boyfriend Rayron, back on my television screen. However, I would gladly trade that character for Morgan and Tamra giving it a shot. Here’s hoping that Danny can fix his mistake, or Tamra realizes that listening to a grouchy doctor who ruined the best relationship he ever had isn’t the best idea.

Last but not least, there was a delightful guest appearance by none other than Max Greenfield. The character he played was fantastically different from his character on New Girl. The only similarity really being that he’s a little bit of a two-timer. He meets Mindy in a bar, charming her into taking him home, only for her to find out he’s married. This is, of course, after she drags Peter on a hunt across the city searching for him after she has convinced herself that he left his scarf at her apartment on purpose. Some kind of Cinderella fantasy, I guess. He added some humor to the episode, plus we got to see Peter defending Mindy’s honor and punching him in the face.

Overall, the episode was funny as usual and allowed for a lot of character growth and development. It left so many doors open, and I’m excited to see where they take it. That close up of Mindy’s earrings which she strategically left under Danny’s bed surely gave all the Dandy shippers a glimmer of hope. I’m really hoping that they’ll start giving some more screen time to minor characters. They have a brilliant cast of talented and clever actors, and there is so much they can do with the group. The writers haven’t missed a beat this season, it seems that they know exactly where they want to take this motley crew of characters. If we all have a little faith, I think the season will continue on in a hilarious and emotionally satisfying way.