Bullet hell is such a special place. Flying into this Indie golden age, Dutch developer Vlambeer’s newest title, LUFTRAUSERS, brings us back to the time when aerial dominance dominated the gaming landscape.

Taking command of a small airplane over a vast ocean, LUFTRAUSERS tasks you with destroying as many enemies as you can before you are blown up yourself. The controls can best be described as Asteroids with gravity; a generous boost can propel you in the direction you are aiming but the laws of physics constantly drag you back down. This scheme makes the game very friendly for keyboards and allows for some ridiculous air maneuvers. Despite being categorized as a “bullet hell” shooter, there was some compassion running through the developer’s veins. Your health regenerates if you are not shooting and you can even dive into the water for a short period of time.  Considering you will be facing both air and sea threats, most matches have you pulling moves off that would make even the best pilots pass out.

There is a multiplier that stays alive as you blow up your foes, which can make you chase the trouble a la Resogun a few times. To spice things up there are a objectives that show up which have you kill a certain number of enemies or do tasks with a particular weapon. Thankfully they are not maniacally difficult. However, the game does a poor job of explaining exactly what you have to do. I was waiting for a blimp to show up so I could beat an objective but I had no idea if it was randomly generated or I had to destroy a certain number of enemies. Eventually it showed up, but I have no clue what I did to get it to.

Embracing its old school appeal, the graphics hearken back to an old Game Boy Color game, with a two tone color scheme and a rough nerdcore soundtrack. Upon closer inspection though, the amount of detail is impressive, with sweet reflections on the water and a camera shake effect when you blow up a large enemy. 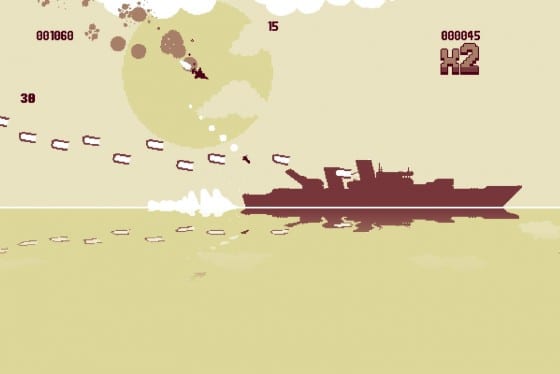 As you gain points and climb levels, customization options will open up for your ship. You can mix and match your weapon, body and engine to whatever type of game you feel like having. Want to take down battleships? Use the heavy armored body, scatter gun and underwater engine that lets you stay there for as long as you want. The modifications add a bit of variety and extend the life of the game, in which you can unlock everything after a few hours. However, once you unlock the “nuke after you die” mod, achievements will roll your way due to cheap kills. It can be an easy game to break, but the fun is still there. 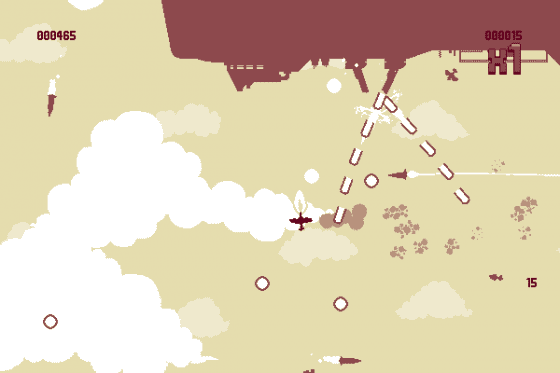 Like any game of its kind, how much you enjoy LUFTRAUSERS will depend on how twitchy you like your games. The old-school charm is instantly apparent and taking down a blimp in a mind-numbing dogfight is amazingly intense. There is no story, most unlocks can be earned in a few hours, and you only have one map. Even still it is one of the best arcade shooters in a market that really misses them.