As devoted fans, we all wait for our favorite artist to come to town, and to see them live.  However, those hour-long performances are never enough. You keep checking the clock, wishing the night would never end. Even on your way back, you keep listening the band’s songs, recalling the moments you just had. 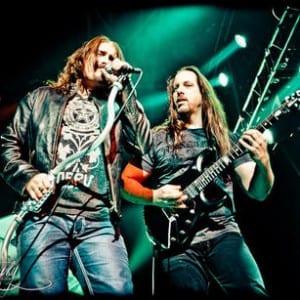 Before I dive into the beauties of this one-in-a-million concert, let me talk about the latest album a little bit.  The album was released on September 24, 2013 in the United States last year through the recording label Road Runner Records.  With the launching of this album, the band added a twentieth album to their discography.  As a fan of the band, I personally believe that Mike Mangini is a great fit to the band. In this latest album, band took a big step into depths of progressive metal and brought their classical influences and elements back to life, working with a great orchestra and having a solo orchestral part for the first time in their twenty two minute long song “Illumination Theory.”  The band hired Eren Basbug to arrange orchestral parts. The arrangements made by this young, yet extremely talented musician, received a great deal of positive feedback from the fans. 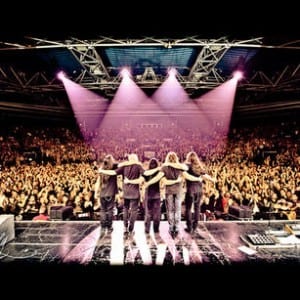 The show is amazing; I was especially lucky to see them in Boston. This event was special since they were recording a DVD of the show and thus played with Berklee College of Music Concert Choir and Berklee World Strings, conducted by the great Eren Basbug. I had a few minutes to talk to the guys before the concert and they were really excited to be playing with Berklee Students.  I believe it is good to remember that John Petrucci, John Myung and the former drummer of Dream Theather, Mike Portnoy, were all students at Berklee when they found the band back in 1985. Also new drummer Mike Mangini is a former Berklee faculty member.  The concert took place in Boston Opera house, with Basbug and the orchestra placed in the orchestral chamber and the choir joining the band before “Illumination Theory” was performed.  Although the concert was “seated”, the crowd stood up throughout the whole concert.

The concert lasted nearly four hours and consisted of three parts;  Act 1, Act 2, and an encore, with a fifteen minute break between Act 1 and Act 2. The set list of each part can be found below.  During the break, they showed funny videos related to band. Throughout the concert, the connection between the songs was also maintained by animations and videos, which can be found on YouTube. 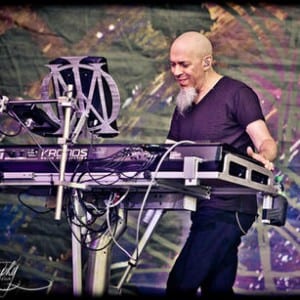 On the Backs of Angels

Along for the Ride

Lifting Shadows off a Dream

The Dance of Eternity