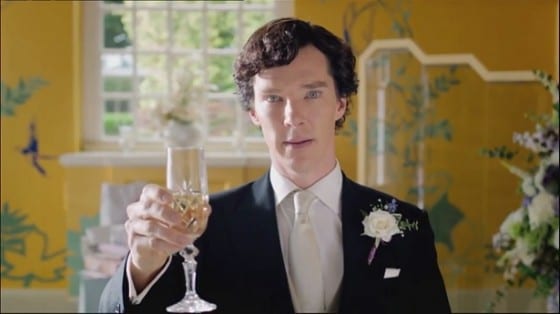 Season 3 of the BBC’s mystery critical-darling was pretty damn polarizing. And how could it not be? Sherlock took over tumblr (and the world?) in 2010 with three tantalizingly short, crazy fun episodes of admirable quality. Then, in 2012, it somehow came back with an even better season, culminating in one of the most shocking, heart-pounding cliffhangers of all time. Yah, these are some pretty big declarations, but I think anyone who watches the show would agree with me. It ended on a fantastic note.

And then….it did nothing. For two years, all fans got were vague promises, constantly changing release dates, and a couple of mediocre action movies with series leads Benedict Cumberbatch and Martin Freeman to tide them over. Anticipation built. Every fan with a Youtube account made a video explaining how Sherlock must have survived. I know; I watched them all. The fan base grew as more people found the show on Netflix and basically everyone lost their minds with excitement.

So when the season finally aired this year, of course it was polarizing! After waiting for an answer to an impossible question, of course not everyone would agree with the resolution. Of course not everyone would be satisfied with only three meager episodes. Blast’s own Angelica Marciano and Megan Seabaugh wrote a great article from the perspective of many who were disappointed, and I highly suggest you check it out. They make some good points (I want to second the mention of “queer baiting,” which is an overlooked issue on a lot of shows. Yes, Supernatural, I’m looking at you.)

But to me, there was too much good in these episodes to focus on why it wasn’t quite as good as the first two seasons. Here are my top 6 things (spoilers ahead):

Let’s talk about those videos clogging up Youtube I mentioned (along with the tumblr posts, forum responses, and fan fictions). Do you think any of those came to the same conclusion? No, no, no. Everyone had a different theory they were rooting for, one they were proud they came up with themselves. After so much build-up and pressure, there was no way the reveal could be anything but a let down. Short of revealing Sherlock was actually Khan, the writers had no way to explain his survival without using a trampoline or bungee jumping. So yes, it was a bit of a let down that Moffat and Gatiss didn’t give us a definitive answer to the cliffhanger to end all cliffhangers. But giving us an answer would be a let down, too. Sherlock jumped onto a giant pillow is not that fun. They, instead, gave the only answer that I think could ever satisfy me. While discussing how he survived the fall, John recalls, “I asked you to stop being dead,” to which Sherlock simply responds, “I heard you.” It’s the only explanation John ever gets, and if it’s good enough for him, it’s good enough for me. Because, while obviously no one’s implying that Sherlock actually came back to life because of his friend’s request, isn’t it a much more beautiful and emotionally satisfying moment to end the mystery with, than, say, a giant inflatable cushion?

During the first two seasons, the writers and brilliant actor Andrew Scott created an ever-surprising and intriguing twist on a classic character. Scott’s Moriarty was half menacing and brilliant, half hilarious and fun. On top of that, he was Moriarty, the man we’ve been told over and over in all Sherlock Holmes lore is Sherlock’s ultimate adversary. So, as shocking as his death at the end of season 2 was, it left the show with nowhere to go but down. Magnussen was a good villain, but nothing could ever top Moriarty. So the perhaps not entirely shocking but very exciting reveal at the end of the season that Moriarty is (probably) alive brought a hope and spark back to the series. Sherlock needs an equal yang to his yin.

I’ve heard many complaints about “The Sign of Three,” the second episode of the season, and they’re not necessarily unfounded. It’s a bit ridiculous. The episode kind of has no plot and focuses mostly on comic relief. But it’s okay, because it was so so funny! After seeing lovable but angry and brooding Sherlock for two seasons, we got the pleasure of seeing what happens when the genius gets totally wasted with his best friend. Misunderstood drinking games, stairway sleeping, and confused deductions abound! It may have been strange and out-of-sync with the rest of the show, but sometimes it’s ok to take a step back from the drama and have a little fun.

Nope, it’s not Clara Oswald. It’s Mary Mortson. The show took a character who singlehandedly ruined the Guy Ritchie Holmes movies, is underdeveloped and short-lived in the books, and is pretty much designed to split up Johnlock, and turned her into an instantly lovable fan favorite. I was completely against her going into this season, but I was won over halfway through the first episode. I mostly credit Amanda Abbington, the phenomenally charming, warm, talented actress who made the character so natural and organic. Congrats to Martin Freeman for actually being married to her, ’cause she’s brilliant. The writers also made it clear very early on that Mary had no interest in coming between Sherlock and John, actually promising Sherlock she’d fix the broken bromance in one of her first scenes. I was nervous going into the finale with all the rumors that she was evil, but was pleased to see that giving her secrets and nuances didn’t require making her one-sided or a bad guy. She was realistic and fit perfectly into the boys dynamic. I don’t know how they did the impossible here, but they did. 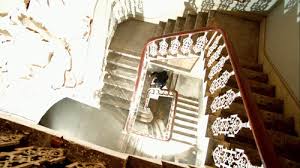 Out of all the outstanding moments in Sherlock’s three seasons, were any of them as beautiful as the amazing sequence in the mind palace after the hero is shot? The sprawling shots of the staircase alone sold me on this season. The all-star cast is all together in the fun, fantasy location, and it’s easily the most heart-pounding and exciting look we get at Sherlock’s often mysterious mind. To top it off, there’s the return of Andrew Scott, killing it as a deranged figment of Sherlock’s imagination.

For the first time in season 3, we got an inside (and strangely adorable) look at the family that made Sherlock who he is. The introduction of his parents as totally normal, charming people who love Les Miserables was both hilarious and heartwarming, given the fact that the actors were actually Benedict Cumberbatch’s real life parents. Seriously, I still can’t handle the feels. We also got a great deal more development between the generally icy brothers. The sassy deductions scene over the hat and Mycroft’s pain upon realizing he couldn’t protect his brother after the Magnussen fiasco added color and emotion to an underused relationship on this show. Plus, we got a teaser about “the other one” which may or may not be a reference to an extra member of the Holmes family.