Over the show’s eight year run, “Boy Meets World” tackled some hard-hitting subject matter. This was a show that didn’t shy away from reality, and confronted issues their viewers may have been dealing with themselves. Narrowing it down to just five wasn’t easy, but these moments left me sobbing. 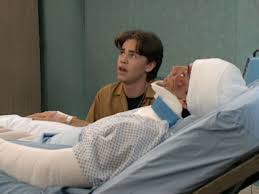 Mr. Turner was a teacher at John Adams High, who paid most of his attention to Cory and Shawn. Before you knew it, he was playing father figure to Shawn, who desperately needed the stability. For those who watched the show, you all know the Shawn Hunter formula. Shawn and happiness are never paired up for very long. In the fourth season, Mr. Turner got into a serious motorcycle accident. The last we saw of him, he was lying in a hospital bed and things didn’t look too good. He never made a return to the show, leaving fans to make up their own mind about whether he survived. Though rumor has it that he may make an appearance in the follow up series Girl Meets World.

4. The premature birth of Joshua Matthews 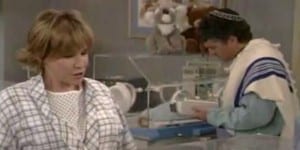 The entire episode, titled ‘Resurrection’, is pretty depressing. We get a glimpse of what it’s like for those families whose newborns are struggling to survive. It’s not easy to watch helpless infants stuck in incubators, to see the parents hoping with all they have that things won’t go wrong. But the part that tore my heart to pieces is perhaps a minute long. After the commercial break, the camera is settled on the now empty incubator where Joshua had been previously. They pan to Mr. Matthews and he just looks so sad. It was amazing how they managed to make everyone believe that Joshua hadn’t made it with just a few subtle images set to sad music. Of course, within the next moment you see that the baby is just fine and prepared to go home. Even now that I know what happens, I still tear up. Every time.

3. The death of Chet Hunter 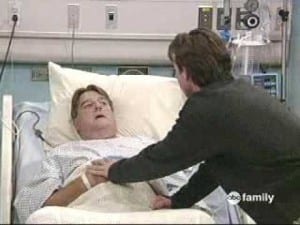 Despite his lackluster parenting, Chet was the best dad he could be. He worked with what he had, and was there for Shawn whenever he could be. Only leaving to chase after the woman he loved… which is also pretty sad considering she obviously didn’t want him to find her.

But that is beside the point. His death in season six, from two heart attacks, seemed inevitable. What made it so devastating was that Shawn would never get the chance to truly be around his father. Chet, who was played by Blake Clark, had such a powerful presence. Even though he caused Shawn so much emotional damage, you couldn’t help but love him. And if you’re a devoted fan of the show, you can practically feel your heart breaking as you watch Shawn fall apart.

2. The end of Shawn and Angela 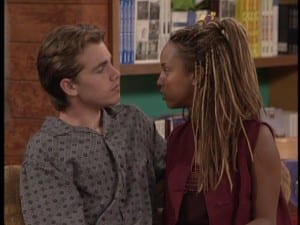 I know, the show was primarily about Cory and Topanga’s relationship. But the people in their lives did play a large role on the show. And Shawn and Angela’s relationship was the better of the two, in my humble opinion. I felt that they were more real, something more of us could relate to. If you didn’t fall in love with them then you weren’t paying enough attention. With Shawn’s track record of a rather miserable life, I had a feeling they wouldn’t allow for him to have a happily ever after. But with Girl Meets World on the way, and Trina McGee’s confirmation of appearing in a few episodes, my shipper heart is overjoyed. 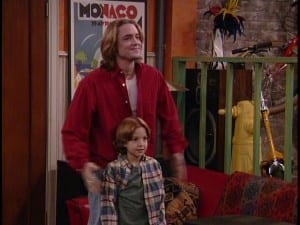 This has got to be the most devastating moment, in my opinion. Will Friedle, who played Eric Matthews, is an excellent actor. And his performance throughout the entire Tommy storyline was spectacular. Tommy lived in a sort of group home for foster kids, and Eric took him under his wing. And he almost adopted him until the awful adoption lady changed his mind. Of course, being realistic, I do understand that she was looking out for Tommy’s best interest. But there isn’t a single one of you who didn’t hope even for a second that Eric would get to be his dad.