Download THE NIGHT IS YOUNG for free at biggigantic.net

Also download all of Big Gigantic’s music for free at biggigantic.net/music1 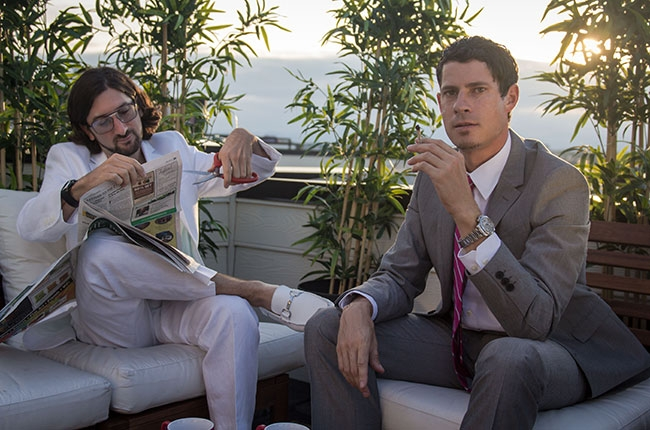 If I have one thing to say about The Night Is Young, it’s that Big Gigantic has not lost their signature style. Fans of Big Gigantic’s previous work are in for a treat: saxophonist/producer Dominic Lalli and drummer Jeremy Salkin continue to bring lively, sexy dubstep and hip-hop tunes to the table. Fans of Big G know that live, this duo can play an extravagant show any festival or show. Big Gigantic is known to have a sound akin to artists such as Griz, Pretty Lights, and Gramatik, and surely have brought us another exciting album to EDM: The Night is Young.

Coming off their previous album Nocturnal, Big Gigantic has risen from a relatively underground group to being able to play at major music festivals such as Bonaroo, Ultra Music Festival, Lollapalooza, and Electric Forest. It’s fantastic that Big Gigantic is a believer in free music; they are giving their new album away for free at biggigantic.net

One of my favorite Big Gigantic songs is Rise and Shine off Nocturnal. It highlights everything I enjoy about the group: melodic buildups and melodies with gritty synths, dry wobbles, and very sexy saxaphone jams. Big Gigantic does a pretty good job of mixing their songs; their tracks don’t sound over-compressed or poorly mastered.

One of the more recent songs Big Gigantic has produced is called Love Letters and it features Sabina Scuibba. This is probably the duo’s most different song and almost falls under a sound closer to Disclosure than anything else.

The Night Is Young

The album starts off with an establishment of a sound for this album which can best be described as “jazz trap” in Clovdbvrst. Clearly Big Gigantic is paying homage to trap artists and others who replace the letter “u” with “v” (for example loudpvck or dvbbs). This song features a hip-hop/trap high hat sequence and gliding saw chords which build up into wobbly dubstep and trap drops.

The intro lead in the album’s second song, Blue Dream, reminds me a lot of Rise and Shine. This song is blatantly named after the marijuana strain by the same name (and seeing as Big Gigantic hails from Colorado, this is no surprise.

The Night Is Young features Cherub, a singer who has worked with the supergroup, Exmag, shows a bit of a new style for Big Gigantic. The song is a lot funkier than Big G’s usual bit and sounds a lot like an Exmag song would. This is also one of the more upbeat dance songs on the album.

I first heard Touch the Sky as a single Big Gigantic released about two months ago. I hold now that it’s one of the better songs off this album and I’ve been playing it for awhile now. I don’t completely care for the hardstyle drop, but I can imagine it bringing an intense amount of energy to a crowd at one of Big G’s shows. I really like the saxaphone section about midway through the song before one of the drops.