Here are 10 historical figures who need their own movies made.

Nat Geo tried to do this as a docu-drama in 2002, but I’d love to see some serious star power tell the story about America discovering itself.

I’d almost imagine this as the first Lord of the Rings movie, without the elves and magic. It’s a journey, and the story can be told in an interesting way. They were literally discovering America. All the things we take for granted now? They saw it first.

It was done in 2012 by HBO, but not in the way I’d liked to have seen it. Hemingway lived an amazingly interesting life (read his books for more on that) and I’d love to see it done right on the silver screen. talk about introducing us to the 20th Century…

The Atlantic painted the picture perfectly — “His brilliance gave us civil-rights laws; his stubbornness gave us Vietnam.”

I can’t imagine how tortured his soul must have been. A brilliant man, but an unmitigated asshole to people who dealt with him. He knew that history was watching him, but there was so much history unfolding at once, that no one man could deal with it all.

This is another biopic that would only be successful if it cast the right actor AND picked the right time in history in which to focus a movie about perhaps the smartest man who ever lived. It would be easy to start in 1933 with his arrive in America and Hitler’s rise to power. But the Atomic Bomb Story has been told countless times.

It’s interesting, because the definitive Einstein story hasn’t been told on screen yet, but I’m not sure how a director would effectively tackle it.

There was a movie made about the flying brothers in the 70s, but it’s time for a company — Walt Disney? — to step up and make the definitive Orville and Wilbur Wright movie. Seriously, they invented the airplane.

The statue of Samuel Adams, one of the most popular statues in Boston, calls him “incorruptable and fearless.” He was controversial. He was a propagandist. He stirred the mob and helped lead The Boston Tea Party. I’d love to see Hollywood take a run at Sam.

Sadly, I think Philip Seymour Hoffman might have been good in the role. Paul Giamatti too, but Giamatti already played Sam’s second cousin John. Danny Huston played Samuel Adams in the John Adams TV Miniseries, and he also looks the part.

The key to this would be timeline. Adams lived a long life, and was active from before the Revolution, right through the Articles of Confederation, and he played a key role in the Bill of Rights. He was also rivals with John Adams and actually lost the 1796 vice presidential election to John.

I’d say focus on events leading up to the signing of the Declaration of Independence, and close with that iconic John Trumbull painting scene. Let’s see Sam the propaganda man and a good, strong look at The Boston Tea Party. 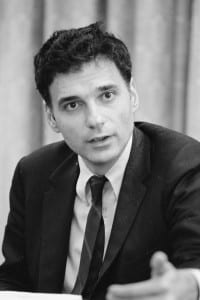 Nader is singularly responsible for a preponderance of the consumer safety we enjoy in 2014. There’s some high drama too. General Motors actually hired thugs to tap his phones and prostitutes to put him in compromising positions. (Fun fact, Nader won almost $500,000 in a lawsuit against GM and turned around and used that money to further his consumer safety aims, instead of spending it on himself.)

I’d like to see the Nader movie, and I’m really curious about who would play the young activist. How about Casey Affleck?

3. George Marshall (after the war) 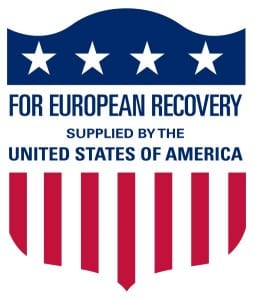 One of the most visionary and underrated leaders in American military history, George Marshall was a hugely important general and Chief of Staff to the Army, who helped modernize and prepare it for WWII. He was criticized for events leading up to the Pearl Harbor attack, but he is credited with a 4000% increase in the size of the US Military, leading up to the war.

But it was his actions after WWII that interest me. I’d like to see a Hollywood elder statesman take a crack at Secretary of State Marshall, whose Marshall Plan helped rebuild an utterly destroyed Europe. (Actually, it helped Europe rebuild itself…read about it.) He was Time’s Man of the Year in 1947 and won the Nobel Peace Prize in 1953 — the only American Army General to ever receive the honor.

I’d also like to see the very interesting adviser-politician relationship between Marshall and President Harry Truman explored a bit. 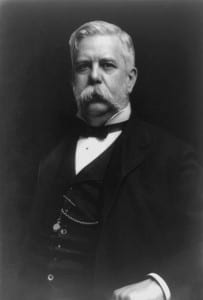 We worship Carnegie, Morgan, and Rockefeller, but in an age when business owners, especially these men, treated people like ants, there was George Westinghouse. He never amassed the fortunes of his contemporaries, because he made the decision not to sacrifice his soul in the process. He treated his employees well. He gave them fair wages and reasonable workdays. And for all his troubles, we still hero-worship the richer guys.

Westinghouse was a truly interesting man, and he is directly responsible for the electricity that runs through your homes. Not Thomas Edison. Westinghouse was the backer of Nikola Tesla’s Alternating Current, which prevailed over Edison’s Direct Current. He also revolutionized the railway industry, and invented the rail air brake, the basic design of which is still in use today on modern trains.

He was also a Civil War veteran, who lived until 1914.

He never had the fame or wealth, but I would argue that his contributions to American life outlasted those of many of the Robber Barons. His way of doing business leaves a lesson our society would be wise to remember.

Wow. How has this not been done yet?

Question for the comments section below — who would you pick to play him? Share your thoughts below!