Before a friend invited me to this show I had never heard of Savoy. Consisting of three members Savoy is a live EDM band with a drummer and two djs. I was thoroughly impressed with their performance, especially the variety of genres Savoy was able to perform. 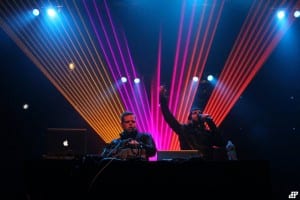 Savoy brings a certain brand of live dance music which I haven’t seen before – their musical elements include trap, dubstep, acid basslines, and gritty electro. If you are ready to dance your ass off, Savoy is the right ticket for you.

The visual portion of the show is one of the reasons I was so interested in seeing Savoy. This tour, “get lazer’d”, truly lives up to its name; the band donned five intense, colorful laser arrays along with an intense strobe setup. I was constantly looking up in awe at the patterns formed by the intersecting lasers.

If you’re into live EDM, lasers, and dancing, make sure to catch Savoy when they come around. 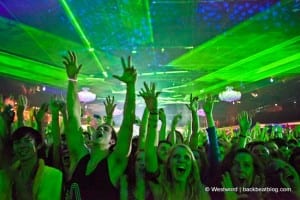