The Grammys. The awards show of awards shows. At least, in my opinion—though, as music editor, I may be a bit biased.

This year, we witnessed a number of interesting performances, including the weddings of 33 couples, officiated by none other than Queen Latifah, following a performance of “Same Love” by Macklemore and Ryan Lewis. Madonna joined the stage to perform “Open Your Heart” during the ceremony.

Other notable performances include Paul McCartney and Ringo Starr’s acts, as well as performance of “Get Lucky” with Pharrell Williams, Stevie Wonder and Nile Rodgers. The producers, wearing robot helmets as usual, stayed off the main stage. 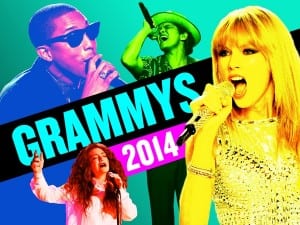 Of course, there was the “Award Robbery” that comes with every show. Fans take to the internet to argue that their favored artist should have won and such.

But this year, the apologies for robbery came from Macklemore, in the form of a text and instagram photo to Kendrick Lamar. Lamar, whose album “good kid, M.A.A.D City” was up for a number of rap awards, left the show empty handed. Macklemore apologized to his fellow rapper via a text after the awards, and then chose to post said text on instagram.

This action alone has caused even more controversy, with some fans lauding his respect. It also spawned a Gawker article titled, Macklemore is a Ho Bag.

Song of the year: “Royals” — Lorde

Best Country Duo/Group Performance: “From This Valley,” The Civil Wars

Best Folk Album: My Favorite Picture Of You, Guy Clark

Best Gospel Song: “If He Did It Before… Same God [Live],” Tye Tribbett