There are few artists today that can create an atmosphere of rapture and awe with the help of nothing but a live band and their voice. Jay-Z is one such artist. For the first time in four years, Jay has hit the road touring solo. Fresh off the heels of both his “Watch the Throne” and “Legends of Summer” tours with Kanye and Justin Timberlake respectively, many would be right to question whether he can still hold his own on tour by himself without co-headliners. Allow me to allay those doubts right away. 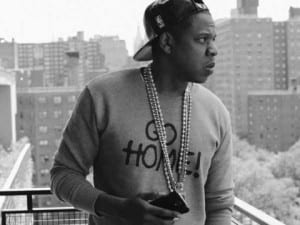 After the teasing hour-long wait the crowd endured January 18th at the TD Garden, Jay-Z took the stage by storm. Accompanied by veteran collaborator Timbaland on the deck, and a live band, the legend kicked off his show with a throwback to The Blueprint LP, “U Don’t Know.” From the moment he raised the mic, his charisma and enthusiasm spread throughout the crowd like a fire. As he closed his opening track and tossed off his jacket to reveal a large white cross on the back of his T-shirt, the crowd nodded their head in agreement as Jay-Z spit the words “You in the presence of a King.” From the advent of “Crown” at the beginning of his set, it was clear Hove aimed to highlight tracks from his latest album Magna Carta…Holy Grail including the hit “Holy Grail”, the lyrical “Somewhereinamerica”, “Picasso Baby”, “Tom Ford”, and the banger “F***withmeyouknowigotit”. The crowd sang along to the crooning of “Holy Grail”, stood rapt at attention listening to the critical words of “Somewhereinamerica”, and bounced to the heavy beats of “F***withmeyouknowigotit”.

Jay-Z managed to conduct the crowd as if he truly was the god he claims he is, all without any over the top stage effects, but only the power of his voice. His stage setup consisted of what seemed like stripped down panels that flashed red and blue and raised panels for each of his band members and Timbaland. On either side of the stage stood gigantic screens alternating with varying shots of Jay-Z making sure he was center stage and clearly visible from any side of the stadium with randomized effects over the shots.

Along with the songs of Magna Carta, the setlist was peppered with tributes to past albums with hits like “99 Problems”, “N****s in Paris”, and “Dirt off Your Shoulder”. He even dusted off classics like “Big Pimpin” and “Hard Knock Life”. Engaging the crowd in his performance, I was absolutely blown away. After all, what Jay-Z fan doesn’t want to partake in callback sessions with the legend himself: “Jigga What? Jigga Who?”  The show seemed to close with “Run This Town” as Jigga urged the crowd to sing along to Rihanna’s verse, and then walked off stage. “Encore, encore, encore!” chanted the crowd, and ironically the star returned to the stage with his hit “Encore”. “Thank you, thank you, thank you, far too kind,” Jay-Z rapped. 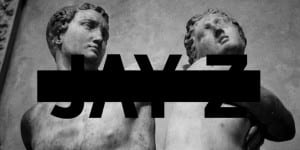 What happened next was something I’ve never seen at another show. Jay began calling out individual fans that he saw standing out from every corner of the stadium and engaging in casual conversation with them. He seemed as comfortable chatting up the crowd as a guy talking to a close friend. A man in flashy hoodie, a group of girls twerking, a trio of friends dressed head to toe in Magna Carta gear, and a man in a pink (Jay-Z insisted it was salmon colored) shirt were some of the crowd members lucky enough to be called out by the legend himself. And as each of these people were addressed, the cameras would focus on them so the whole crowd could see who was being addressed. There was something extremely personable about what Jay-Z was doing and the crowd listened to Hove’s speech of how appreciative he was of his fans as if being preached to by the pope.

Jumping back into the encore tracks, we were fortunate enough to hear “Izzo” and closing performance of “Young Forever” dedicated by Jay-Z to the memory of Nelson Mandela “a man who freed the nation that imprisoned him.” For this final song, Jay asked everybody to throw up their lighters and phones and it seemed as if the stadium had been adorned with flashes and flames, stars representing every fans love for the legend. As Sean Carter walked off stage, I’m confident in the fact that we were all left with the feeling that we had witnessed something truly powerful, a once in a lifetime event. Hov’s still got it.