The Digital Assassins tour kicked off with a grunge-coated bang at the House of Blues in Boston on January 17th. The coalescence of trap house (heRobust), old school hip hop (GZA), and of course loads of unadulterated modulated bass (Datsik) produced a night of all-out revelry and some confusion.

Being my first dubstep show, I came in with no expectations aside from the much talked about floor-shaking subwoofers. And let me say, floor shaking there was. The show opened in earnest with heRobust, an up and coming producer hailing from Atlanta, Georgia. While many concertgoers showed up later for the main event, those that came early such as myself received what can only be described as an “eargasm.” I was blown away by heRobust’s perfect mix of heavy bass and melodic overtones. Every song performed from his unreleased new material to a remixes such as a rendition of Flux Pavilion’s “I Can’t Stop” was a pure joy to listen to. The role of the openers at any show is to psyche the crowd for the headliner(s) and heRobust went above and beyond in satisfying that role.

The crowd was electrified from the instant the first beat dropped. The vibrant DJ’s perfectly orchestrated—and sometimes exaggerated—fist pumping, arm waving, hand flapping, jumping, and other dance moves perfectly in tandem with the music created an almost unanimous wave of movement in the crowd. An oxymoronic mosh pit with orderly movements resulted. As heRobust closed his set, and a brief interlude ushered over the crowd, I was already satisfied with the show.

Next up, the man, the myth, the legend, GZA of the Wu-Tang Clan. Backed up by a live band sporting the GZA’s trademark logo made with the Wu-Tang’s signature ‘W’ symbol, GZA took the stage with an entrance fit for a veteran of the Wu. As the GZA began dropping rhymes, it seemed as if we had been transported to a different planet from heRobust’s performance. The transition from trap house to old school rap was rather stark and while both performances held their own individually, there seemed little to no connection between the two. Performing hits in tribute to the Clan like “Liquid Swords”, “C.R.E.A.M.”, and “Stringplay”, there was truly nothing left to ask for. Pacing back and forth on the subwoofers in front of the stage, GZA fist bumped the lucky few who managed to reach the front.

Midway through the performance the GZA admitted that he hadn’t rehearsed which was why he kept going back in forth with the band to choose the next song, but honestly that only added to the roots traditional vibe of the performance. As concertgoers threw up their Wu signs, I felt honored to be listening to such a rap legend.  After all, every Wu fan wants to be able to engage in callbacks with the GZA: “Clan in da front, let ya feet stomp!” GZA closed by spitting a few lines of wisdom with no music in the back, leaving the crowd awestruck. 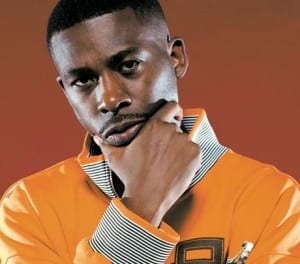 In the interlude between GZA and Datsik, it seemed as if we were transported to yet another planet as the vibe changed in a matter of minutes. The stage management rolled an approximately 20 foot cloaked circular shaped object to the forefront of the stage and green orbs of light eerily shone from beneath the cloak. In minutes, stage management whipped the cloak off of the object revealing a funnel illuminated with lasers, lights, 3D warp effects, and in the center standing behind his deck, Datsik. The Headliner yelled, “Are y’all ready to get f***ed up Boston??”, and the next instant the area erupted. Grunge bass bellowed out of the subwoofers, the floor shook, I felt vibrations echo from my feet to my chest to my ear drums, strobe lights flashed, laser flashed across the crowd, and a mosh pit came into existence. In essence, I was completely caught off guard. As I comically regained awareness of what was going on around me, I made my way to the front of the entity of chaos that was the crowd to truly appreciate the set before me. Datsik was surrounded by an entourage of lasers and lights pumping out modulated bass drop after bass drop.

After about the tenth track, the bass lines melded into each other and the tracklist almost became monotonous with the exception of a remix of Dr. Dre and Snoop Dogg’s “Next Episode”. Aside from the crazy light funnel set that Datsik resided in, I felt that the headliner of the Digital Assassins Tour put on the least engaging performance of the three main acts. There was little to no variety in his tracklist and the sheer amplitude given to the subwoofers overpowered all other sounds. And after about an hour of pure grunge, he was off. 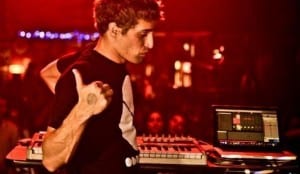 All in all, the show was truly something to remember, but it seemed that heRobust and GZA outshone Datsik in about every way but the stage setup. While this may just be that I’m not tailored for dubstep concerts, I certainly was enamored by heRobust and the GZA and if only to see these two artists, I’d do the whole thing again.